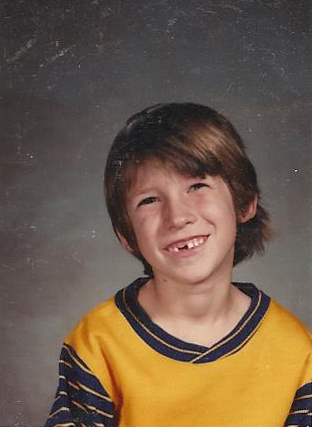 Most of my childhood photos were lost in a flood, but my Aunt Lisa had a handful and sent these my way last year. They range from when I was a toddler up until I graduated from college. Enjoy my transition from cute kid to weird teenager.

After a few years of hiatus, I'm bringing back my blog. I lost my last website from a hack with my old hosting company. I pulled all of the old posts and set up this site and just sat on it.
I've reformatted it with a focus on adding photo galleries.
I probably won't revisit my old-style blog posts. I think some are funny. Most not so much. In either case, they're almost all still available.
Enjoy. I hope to be adding some stuff here real soon. ♡ Matt 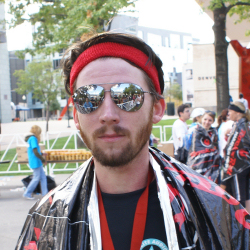 I Got The Runs

I ran a dang Marathon and here are many paragraphs of what led up to it, all through the finish. If someone told me 2 years ago that I would someday run a marathon, I would have punched them right in... 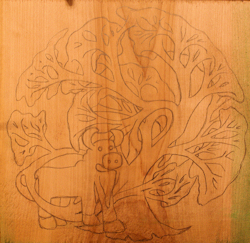 One important part of being an adult is having some seemingly excruciatingly boring hobbies. Being that I work with computers, I have always had these boring hobbies, so I had to take it up a notch th... 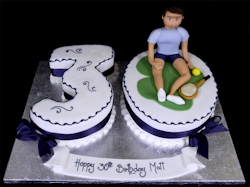 Last Saturday was my big 3-0 birthday. As you may know from Your Matt's Guide to Being an Adult, I spent my late-20's considering as my pre-30's to prepare myself for adulthood. I followed my own advi...

So how are things in Colorado?

Holy cow, I’ve been in Colorado for 2 months already. So far, it’s been a wonderful experience. I had hoped I could move up here and get a change of pace. That’s exactly how it’s worked out.

The house is pretty great. I put some house pictures here ➪. My favorite part is the high ceilings.. and probably the shower. It’s seriously better than any shower I’ve had in a Vegas hotel or anywhere for that matter.

The weather has been great. Phoenix has been reaching towards 120 this... 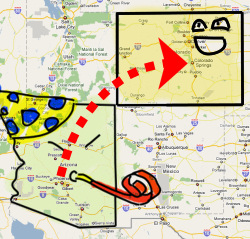 Gahhhh, It's hottt!! Man, it's like a hundred outside and it's only May! It seems like hundred degree temperatures just stopped and it's going again. Damn global warming. Y'know, I think I'm just ...

Dann and I went to lunch today and on the way there, I had waited in a short line of cars at a red light. The 3 cars in front went through, leaving me waiting at a red light again. The turn lane had... 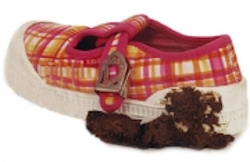 Ahh yuck. I stepped in poo this morning. Somehow, it was with both feet. Somehow it ended up on the top and bottom of my shoes. I didn't notice until I got to Dann's house, and by then it was all ...

I Went to the Ophthaddfkjasdjologist..

I made an appointment to get my eyes checked out. They say I have an astigmatism. My eyeball went out of shape and it makes my vision blurry in my left eye. It looks like I'll be needing that monocle after all. I think it all sounds fishy, though. A few weeks ago, they called me Eagle-Eye Sadowski. Now my left eye is at 20/40 vision. That means that I have to be standing at 20 feet away from something you can read at 40 feet away. That's especially upsetting because I took great pride in... 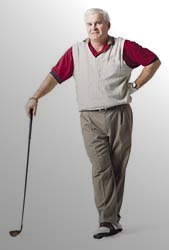 Your Matt's Guide to Being an Adult 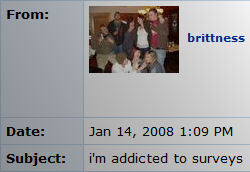 Brittany, You do too many dang surveys..

I must apologize. Ever since I started this site, I have been neglecting my MySpace. Concequently, as time went on, I also began to neglect this site. I'm trying to change that. With the new year, I v... 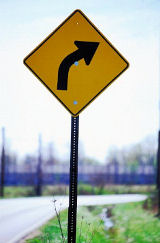 Less of the Same for All?

The last couple of months have been very trying months for many of you. Among close friends I have heard of some three long-term relationships ending. I've heard another three that have fallen on seri...