For the past 8 years, there’s been an annual Record Store Day.  Its purpose is to celebrate independent record stores by providing limited releases of vinyl records.  Some are albums never printed before.  Some are re-releases on pretty picture discs.  You leave with something exclusive that you can’t get otherwise, and it supports these small stores.  I’ve gone for the past 4 years and this year decided to spend it with friends in Phoenix.

Here are pictures from this trip.  The first isn’t related.  We stopped by a friend’s bar.  I ordered some light raspberry drink, but instead I was served the fabled Founder’s KBS stout.  That was a treat. 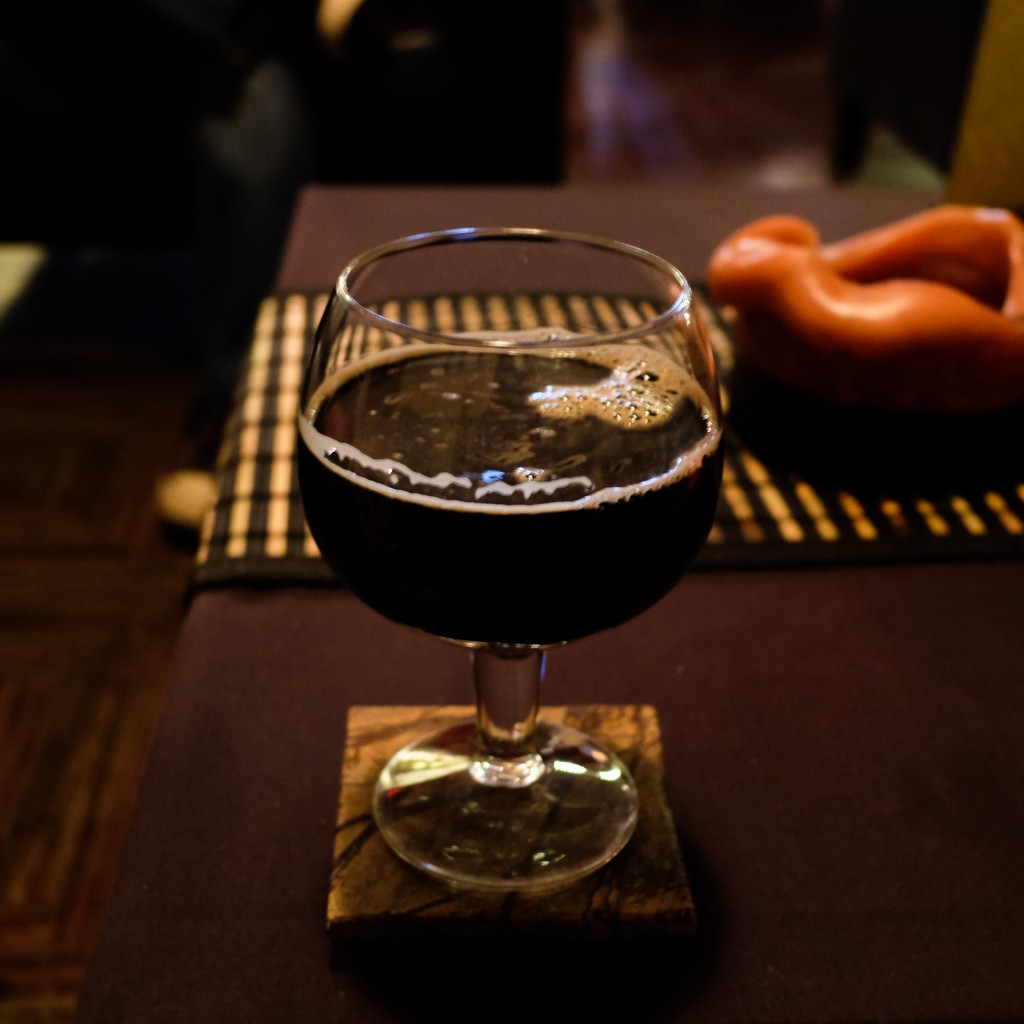 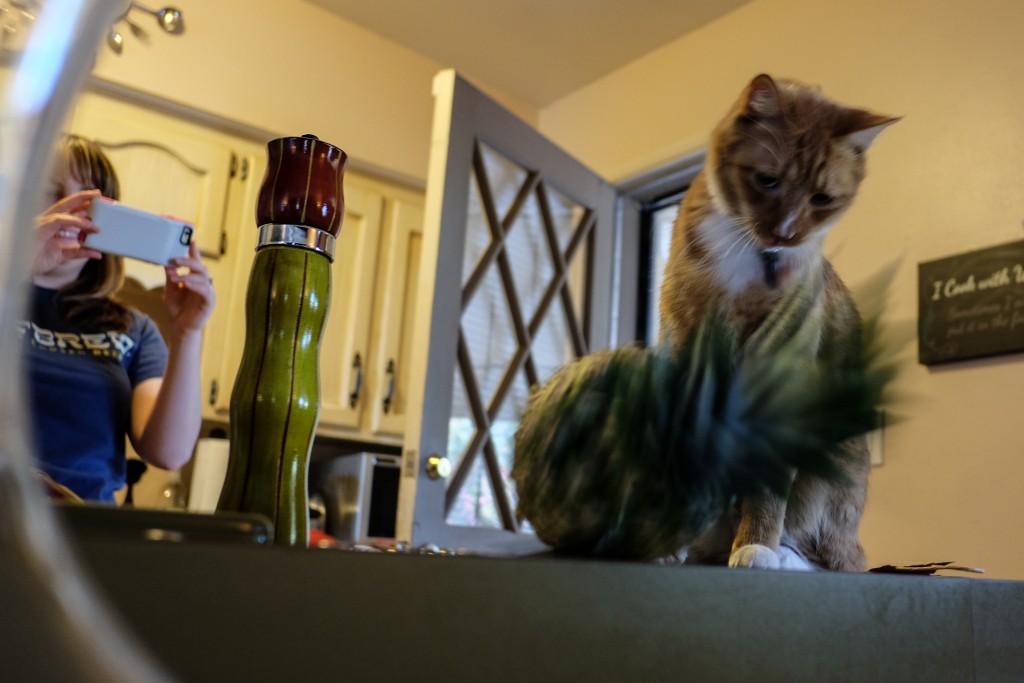 We had a cookout after coming in to Phoenix.  I picked out a pineapple for the grill.  Oliver needed some play time with it first.

We got up early the next day and went down town.  We were about an hour and a half early and landed 100ish in line.  Time went by pretty quickly.  Then after going in, we were there for maybe 15 minutes before checking out. 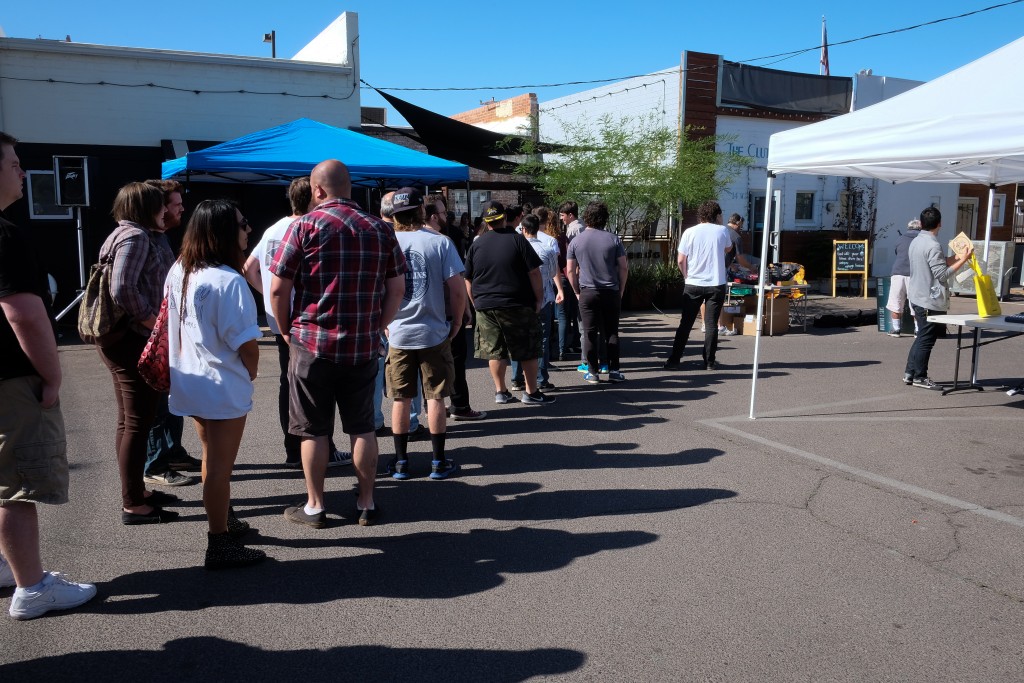 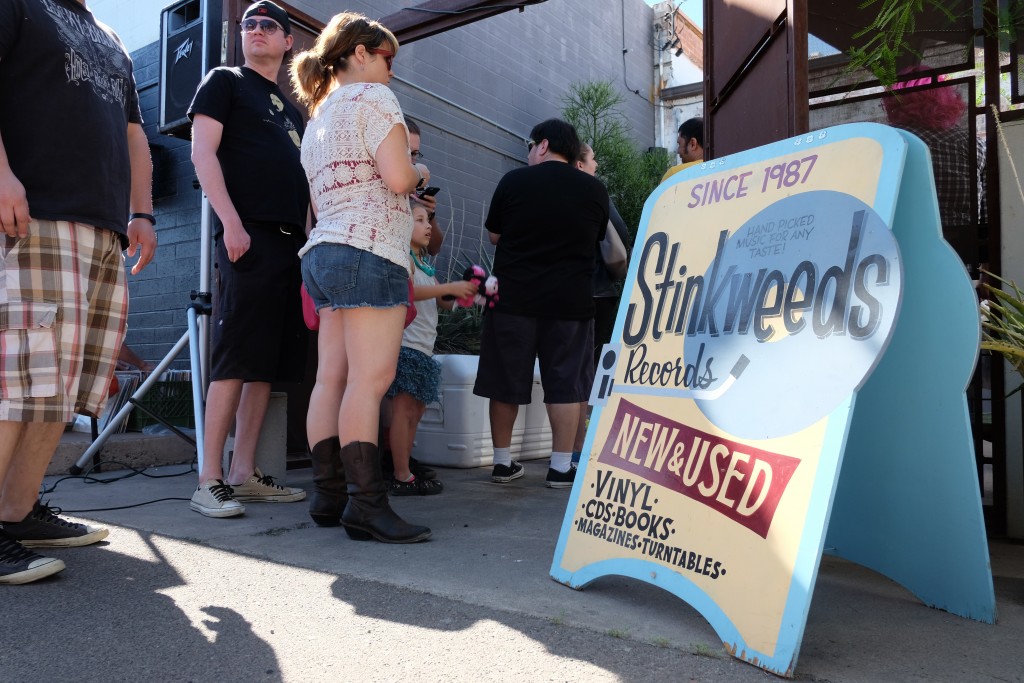 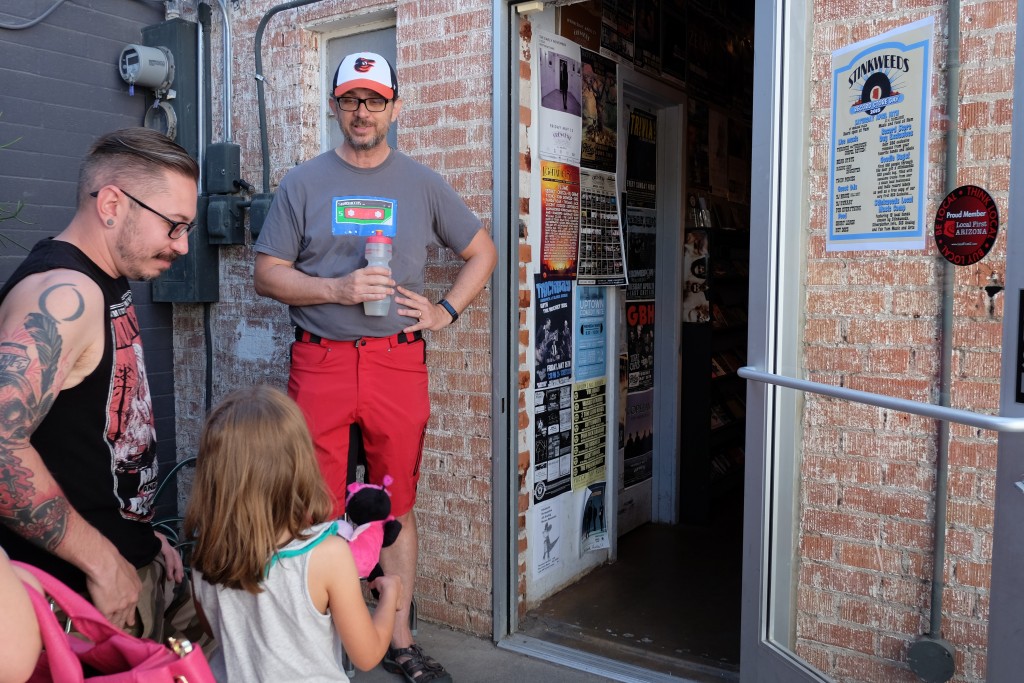 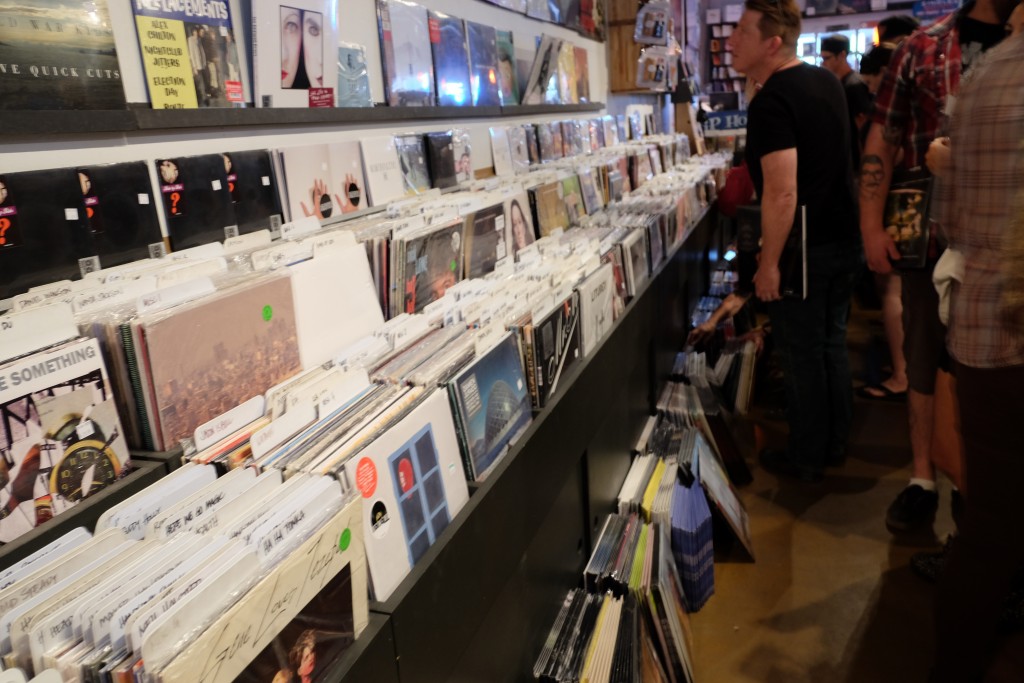 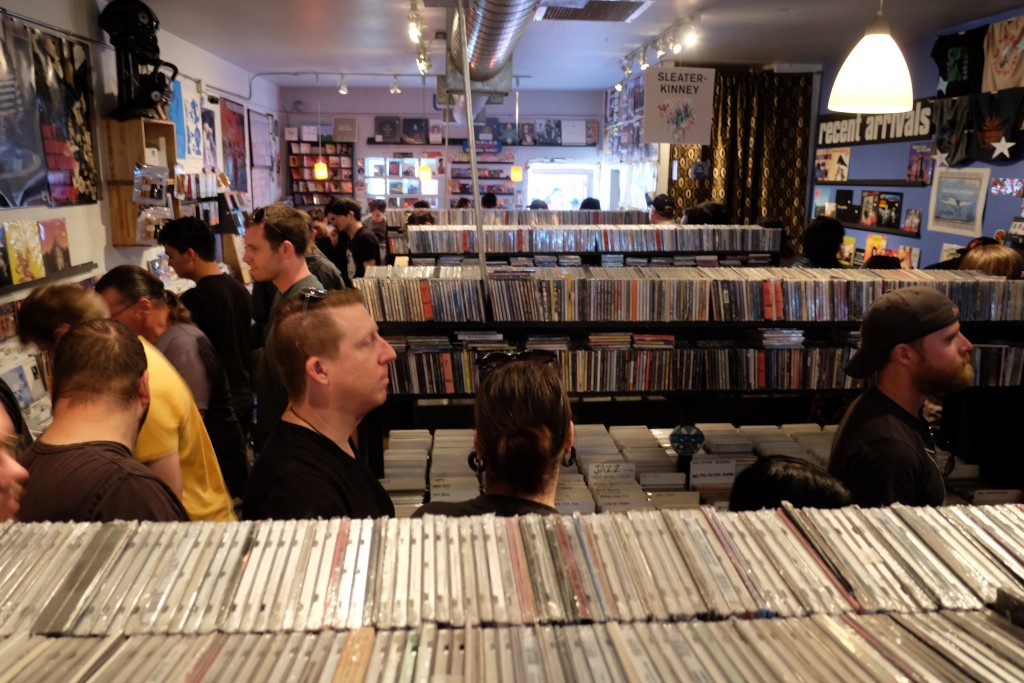 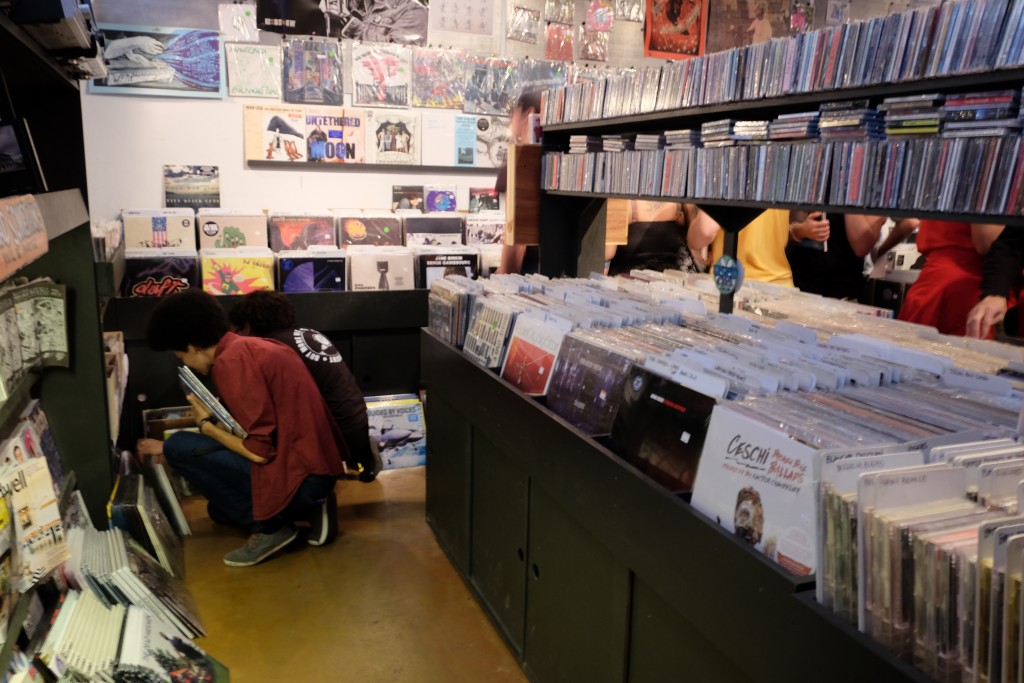 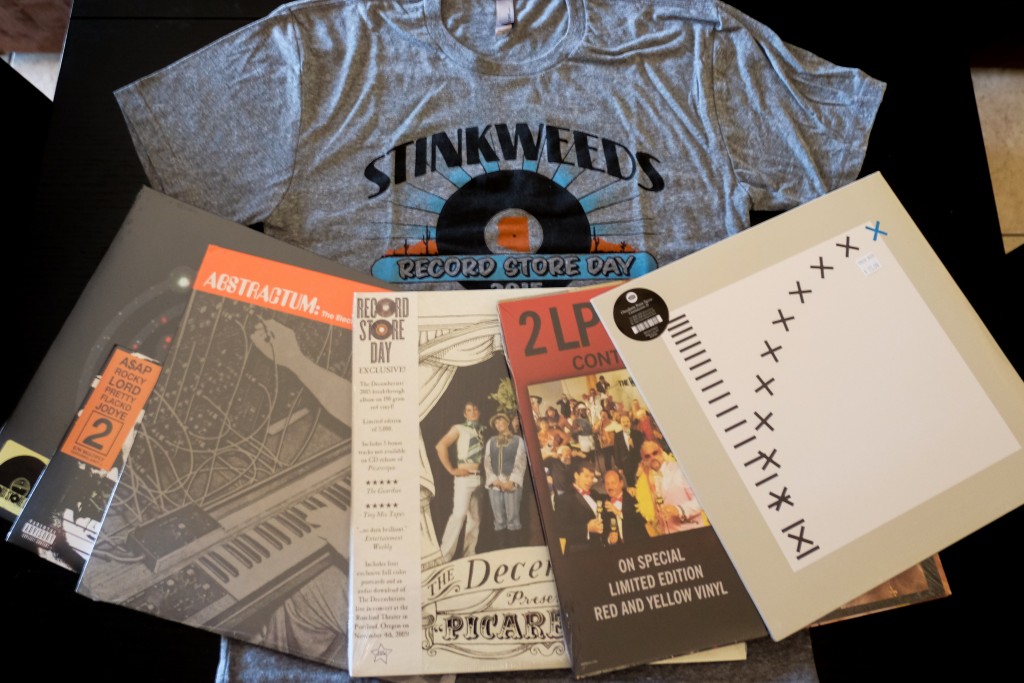 We dropped off our records and went back out for a brewery tour.  We started with lunch and a beet beer at Wilderness Brewing Co.  Then to San Tan for a full flight of deliciousness.  Then the Beer Research Institute stalked us on social media and said to stop by, so we did.  Then off to Sleepy Dog for nap time, and finally Four Peaks for a Hopknot.  San Tan edged out Four Peaks as my favorite Phoenix brewery. 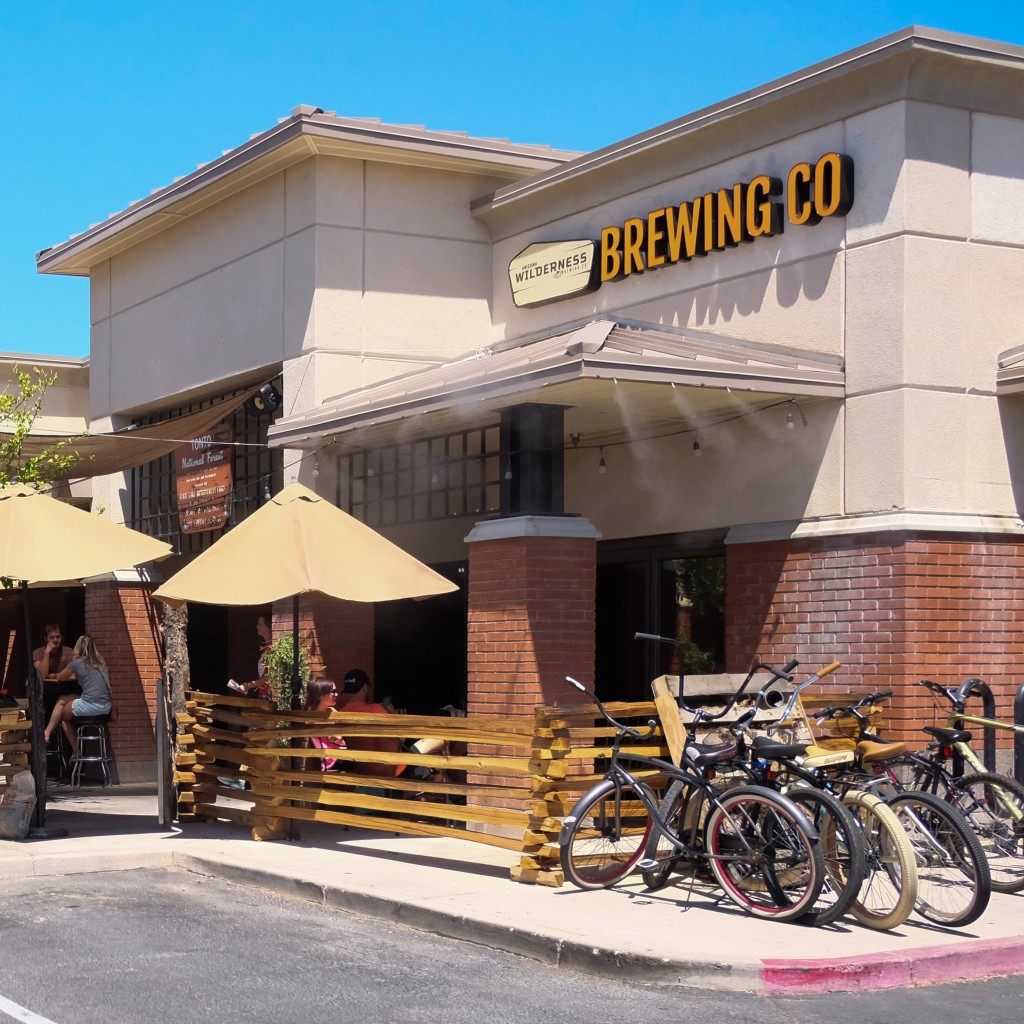 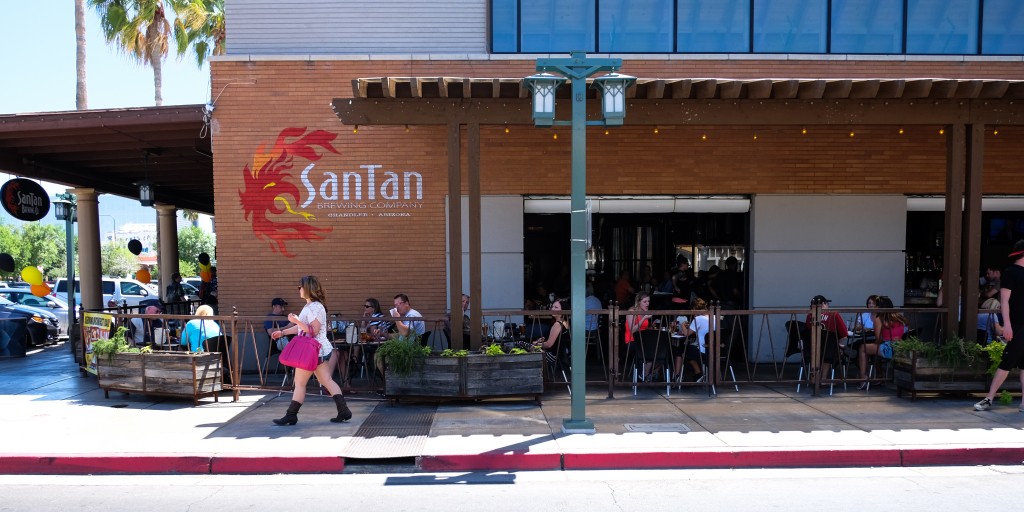 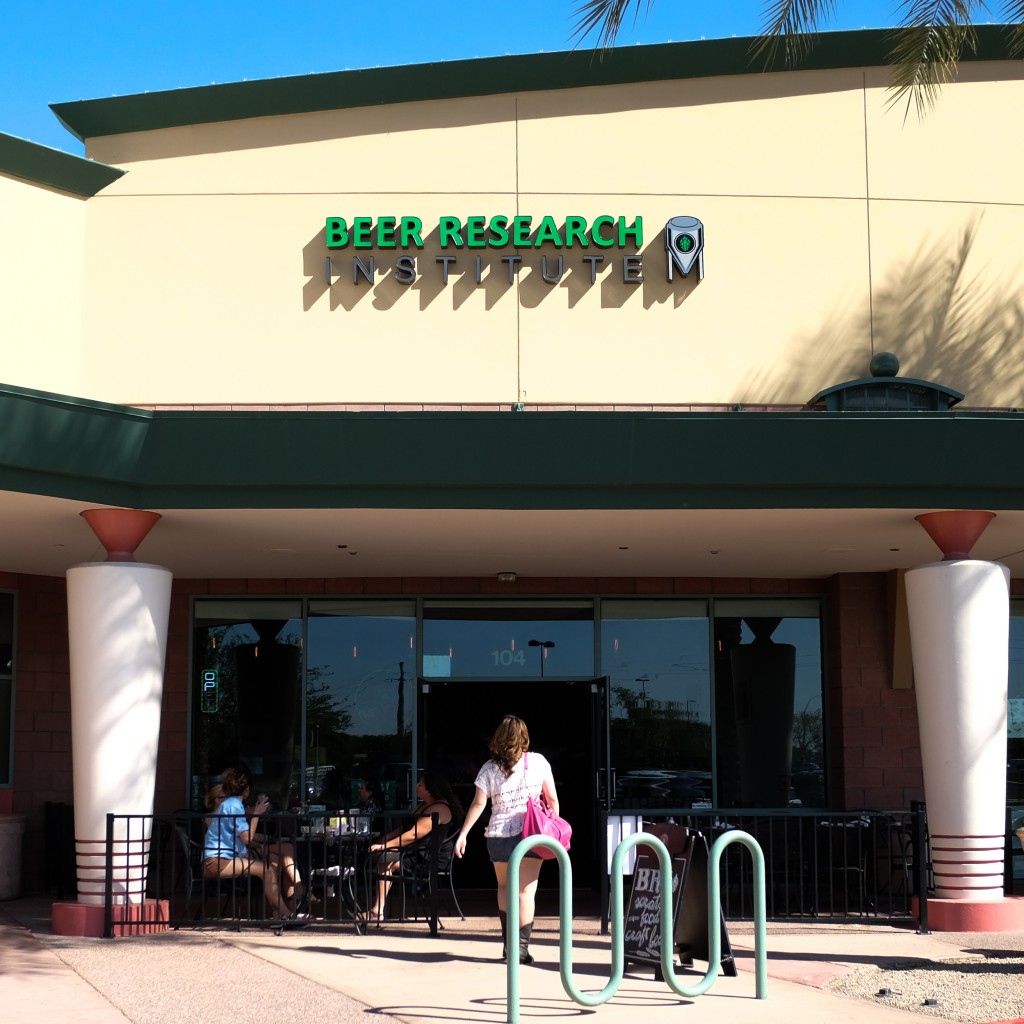 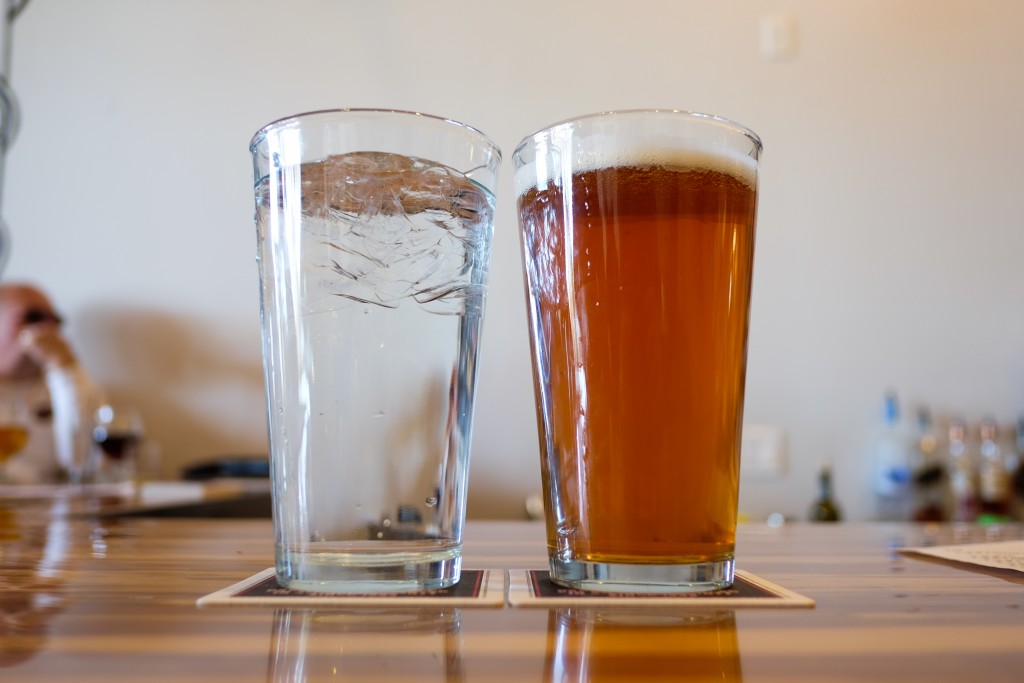 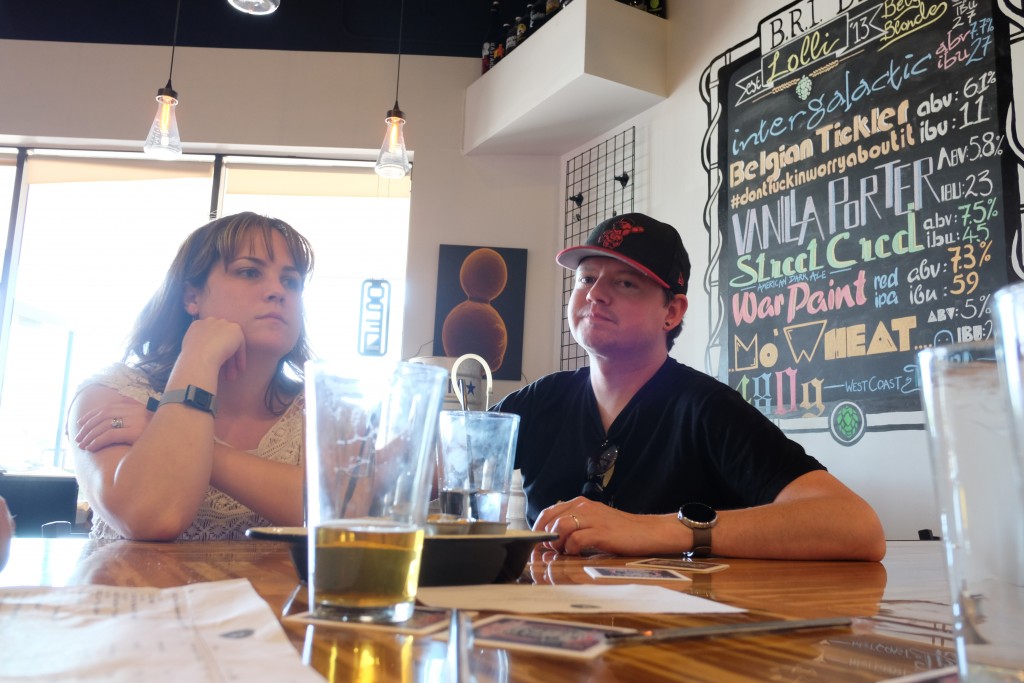 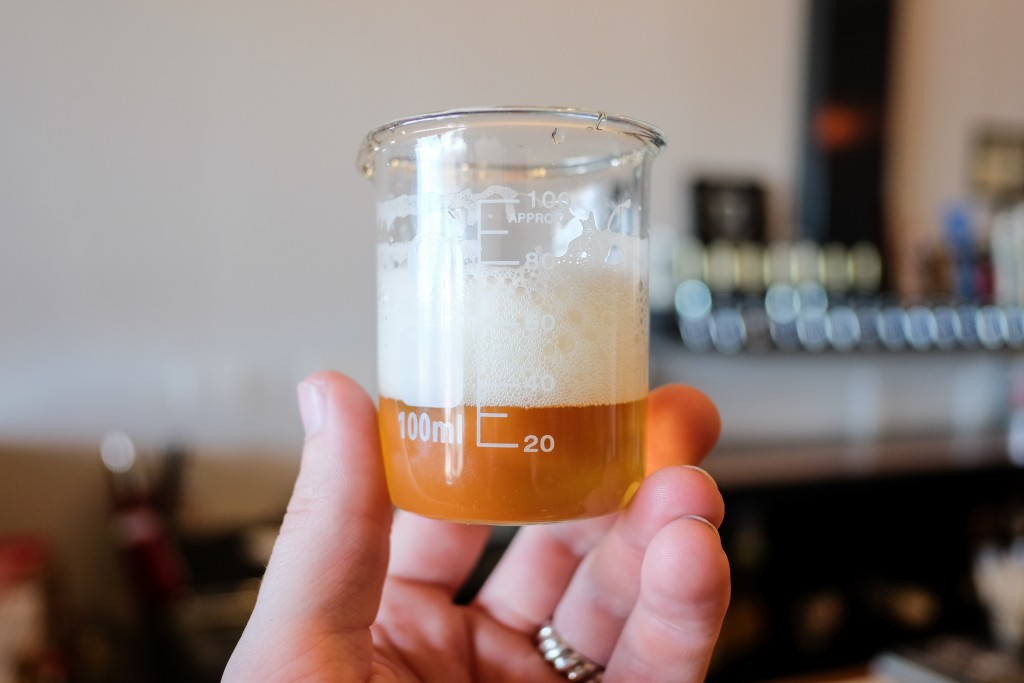 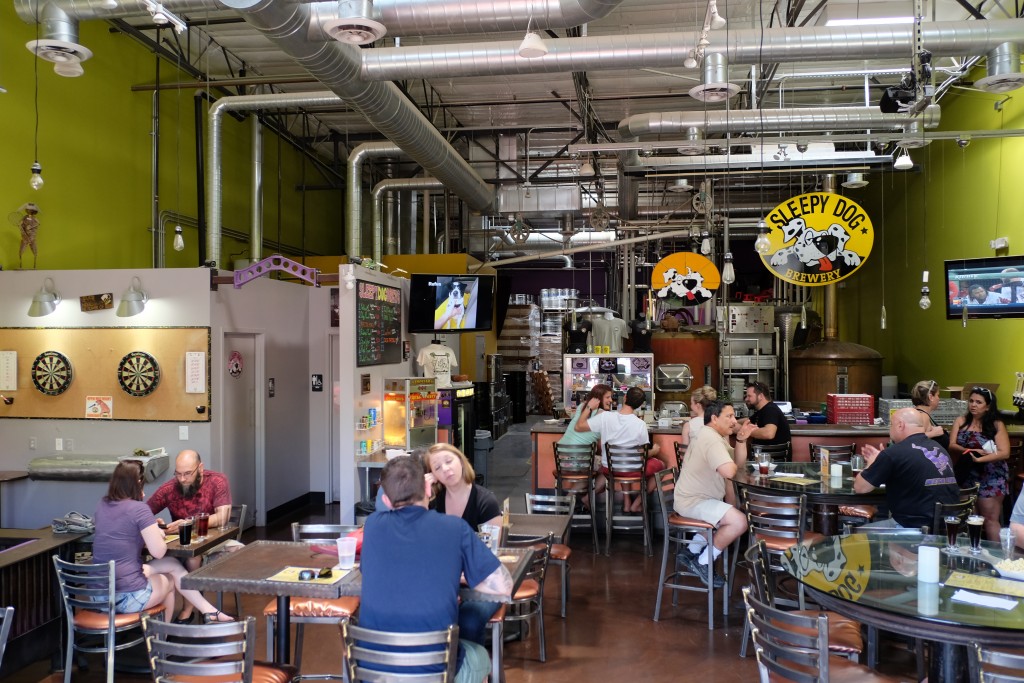 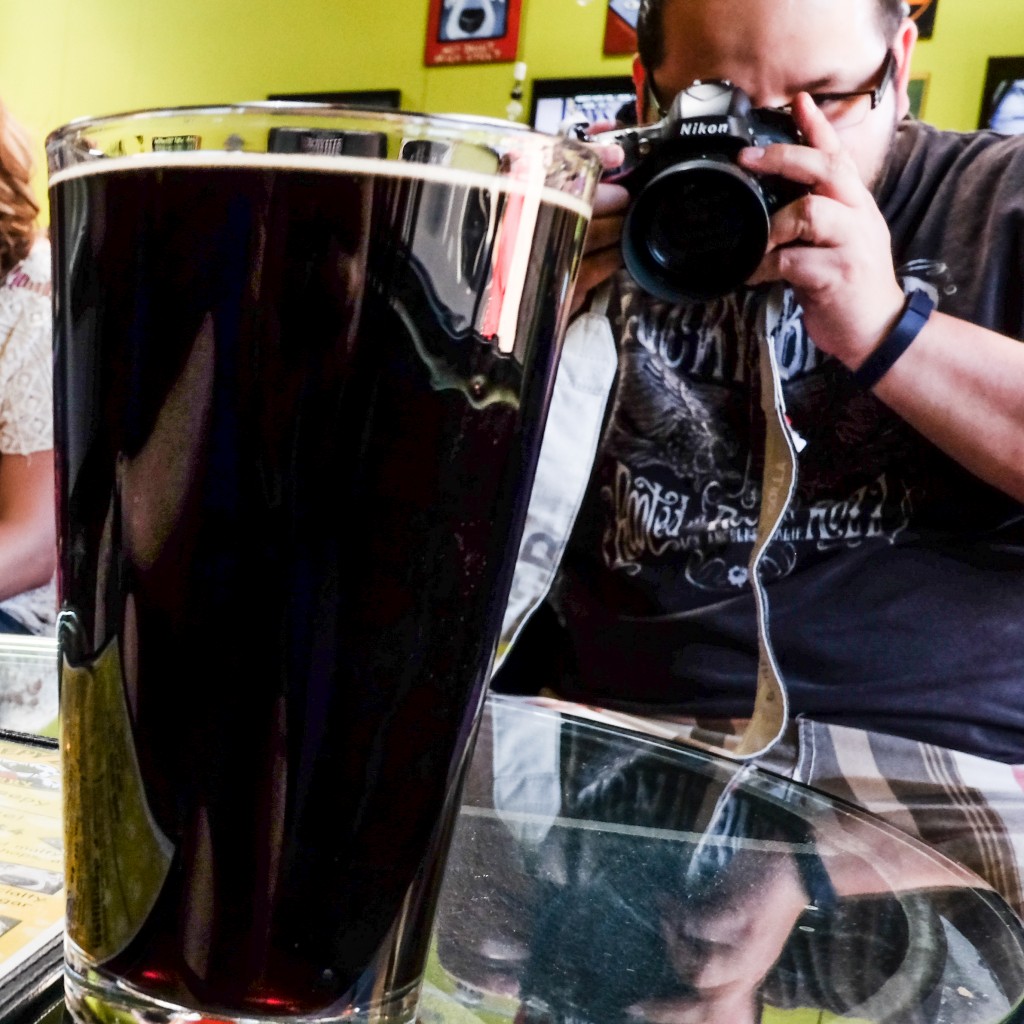 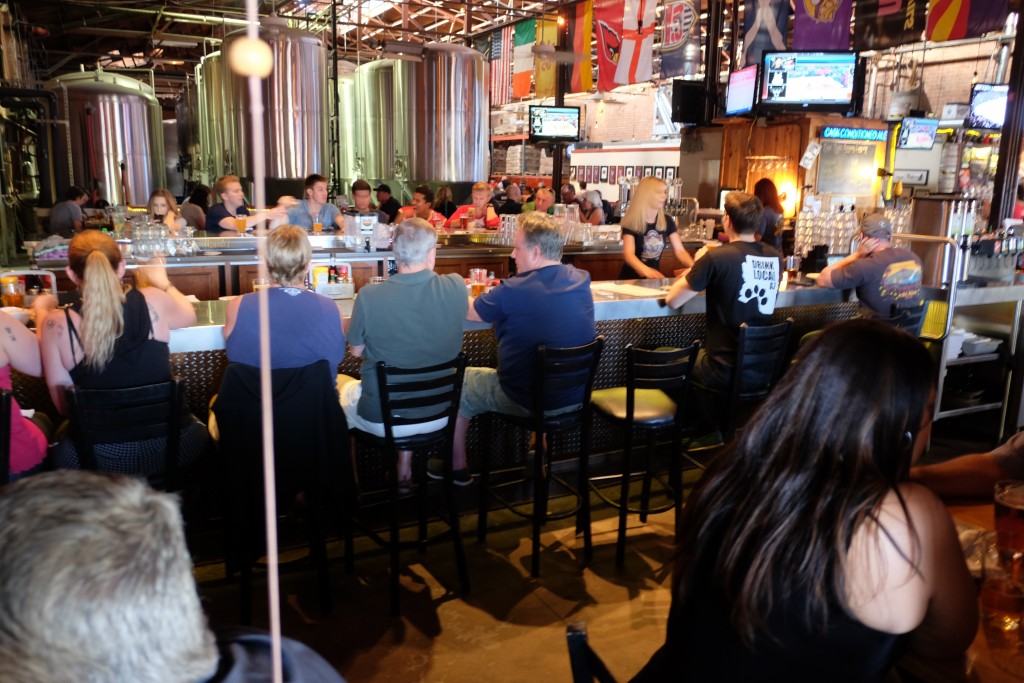 Enough with the brewery tour.  Time to go listen to our records. 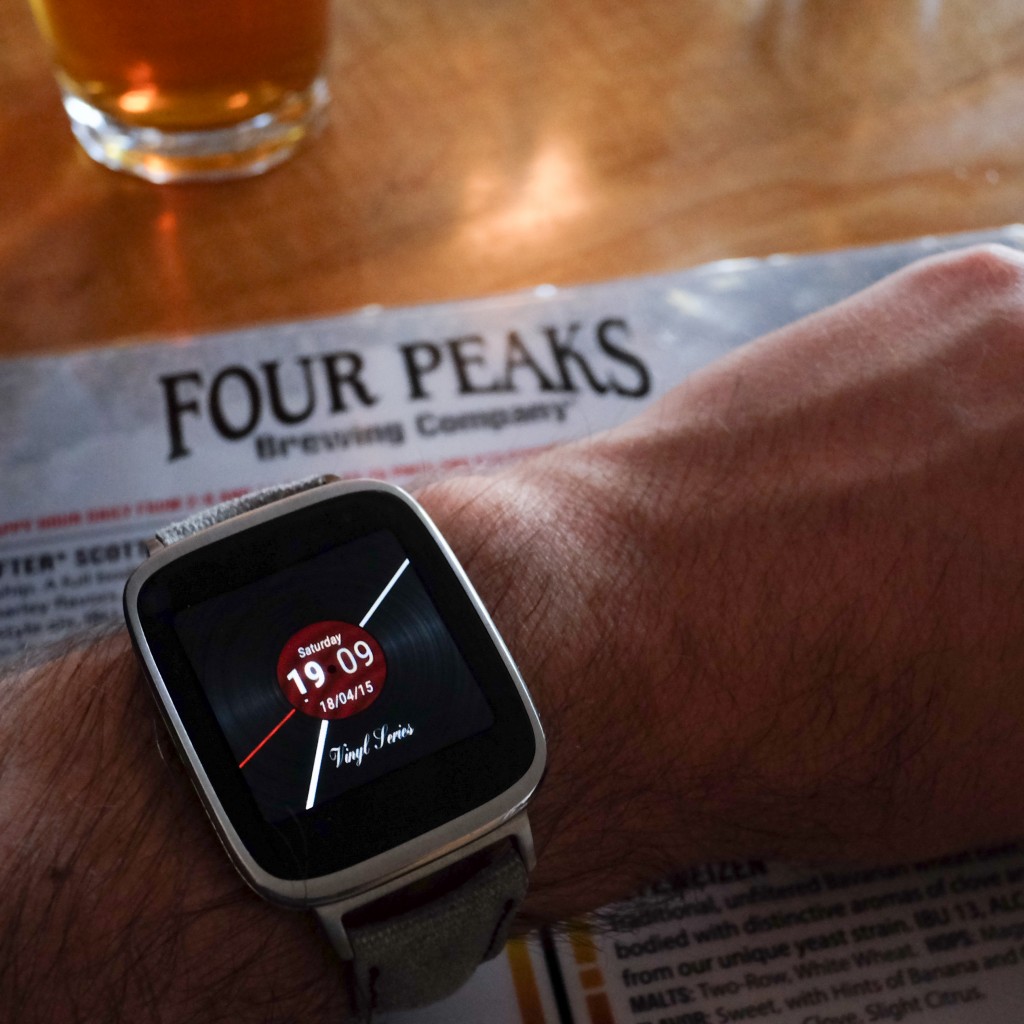 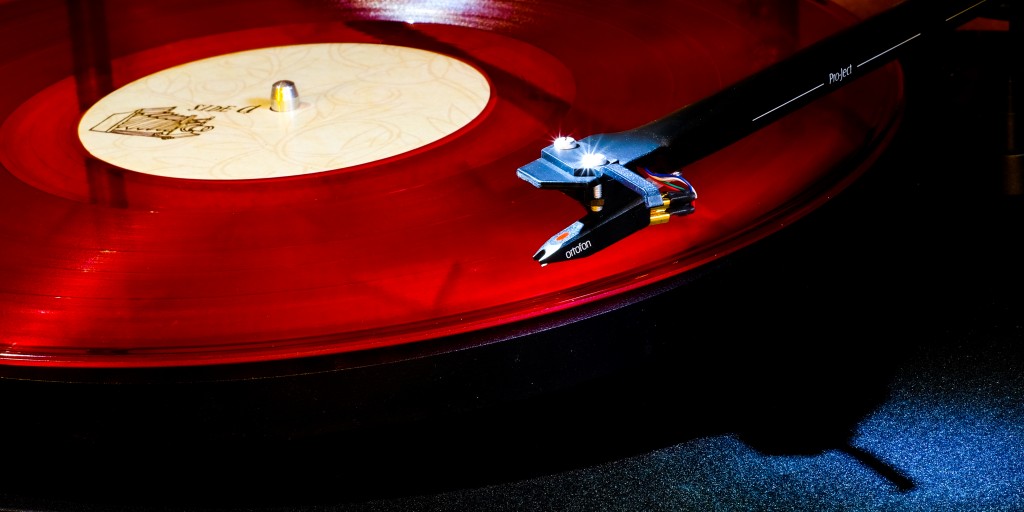 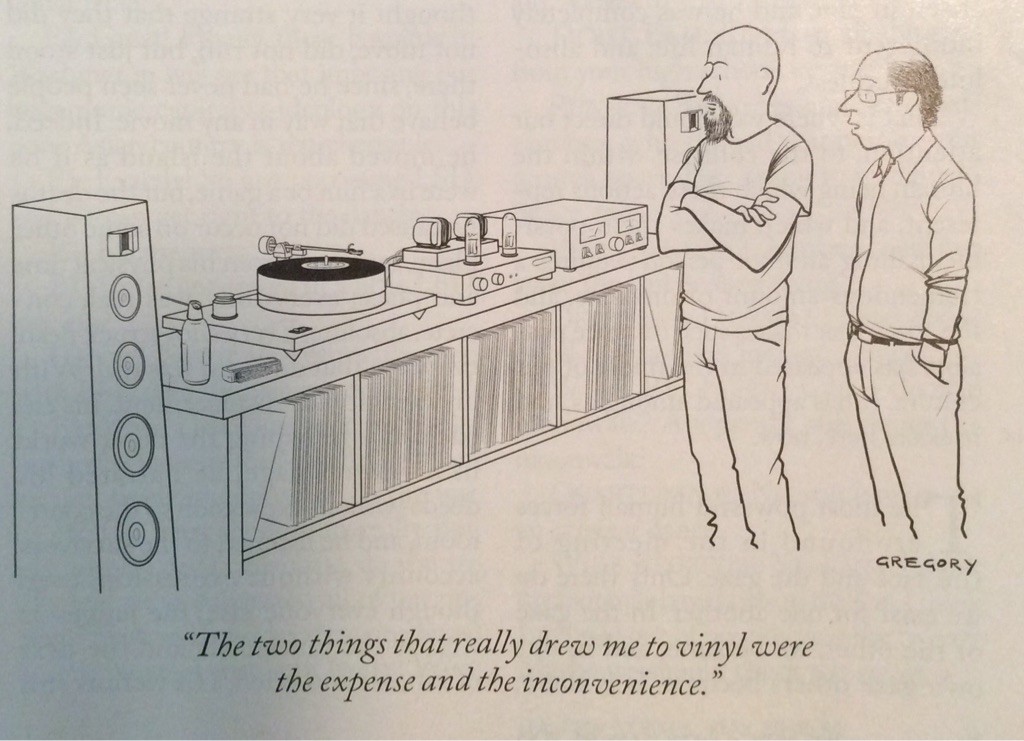