Growing up in central Illinois, I was born into Cubs fandom. I eventually lost interest in baseball up until meeting Carly, who is also a lifelong Cubs fan. Our Summers from then on would always be spent with a Cubs cornerstone.

With the restructuring a few years ago, things were looking good to have a team that could take us to the playoffs. We finally did that last year. This year I had hoped to win the NLCS. We did that too. Since we made it this far, may as well win the World Series as well. It took us through the most exciting and turbulent series I’ve ever seen.

Game 1) We lost, but now we know what we’re up against. We got this.

Game 3) Shoot; we lost. That was a hard game, but we held our own and it was exciting even with only one score on the board.

Game 4) We’re in Wrigleyville to witness this town explode when we tie up this series! Except the Cubs were having a bad night, and we lost big. No celebrations and a somber city afterwards. We got 3 Floyds to get us through this though.

Game 5) We’re down 3-1 in this series and things are looking bleak. It’s not impossible though. Let’s watch and hope for the best. We win!

Game 6) I’m optimistic. We win! The deficit is gone. We’re a fresh team going into a winner-take-all game.

Game 7) We found a local bar with likely more Chicagoans than where we watched the game in Chicago. The atmosphere is electric, and we’re leading the game throughout, that is until Cleveland ties it up and looks poised to steal the win. We go into extra innings after a rain delay, and then magic happens. With a last Cubs pitch, we either keep our 1-run lead, or Cleveland makes a 2-run walk-off to end it. Everyone was so nervous until that infield chop that Bryzzo took and closed out the game. The crowd explodes. People are crying and hugging strangers, all the while incessantly chanting Go Cubs Go!!! What a perfect ending to this wild ride.

It’s crazy to think that my dad who was the most die-hard Cubs fan I’ve known, had an entire lifetime without seeing the Cubs even make it to the World Series. This team requires patience and that makes this win sweeter than any other.

Reflecting on what brought us here…

Nothing beats the lazy afternoon spring training games in Arizona. 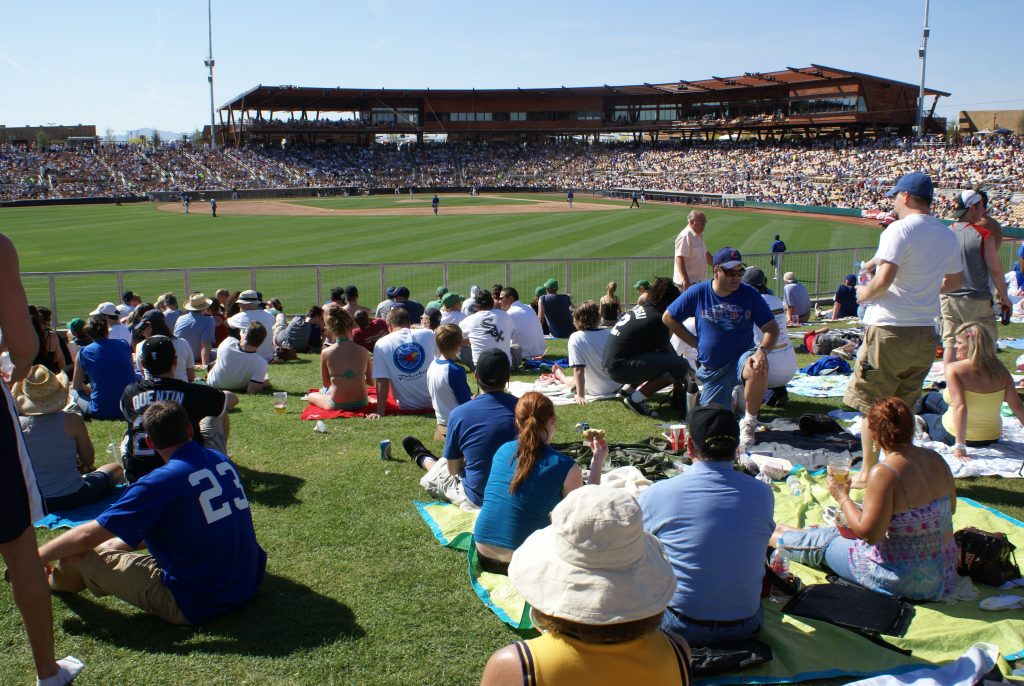 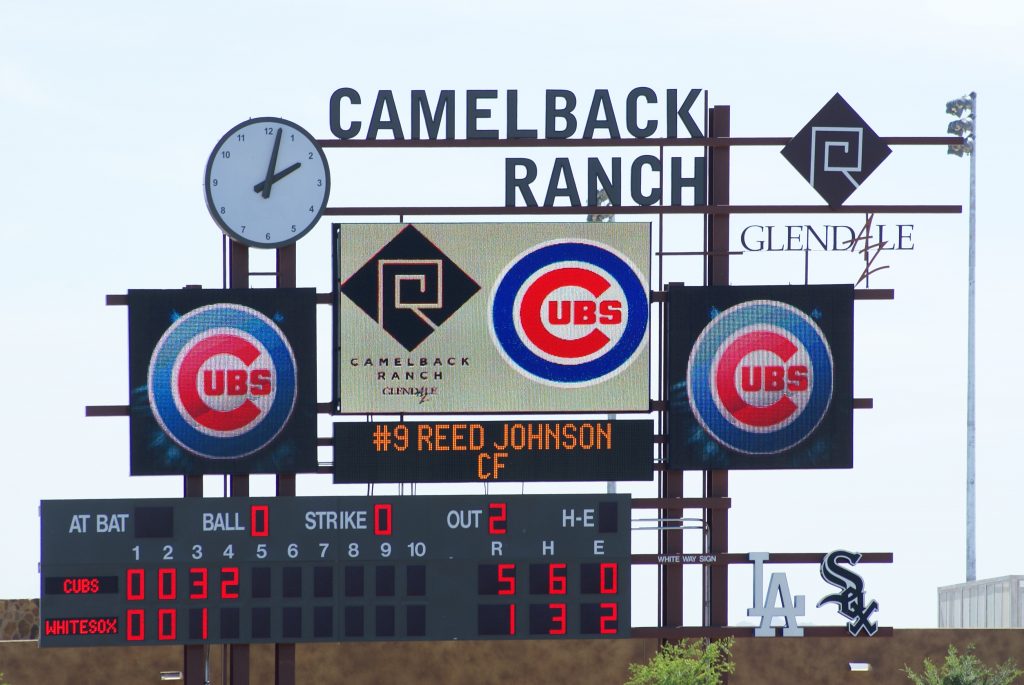 I always root for the Rockies, except for when our Cubs are in town. We try to make at least one of these Denver games each year.

And of course, Wrigley Field bleacher seats is where the real party is. 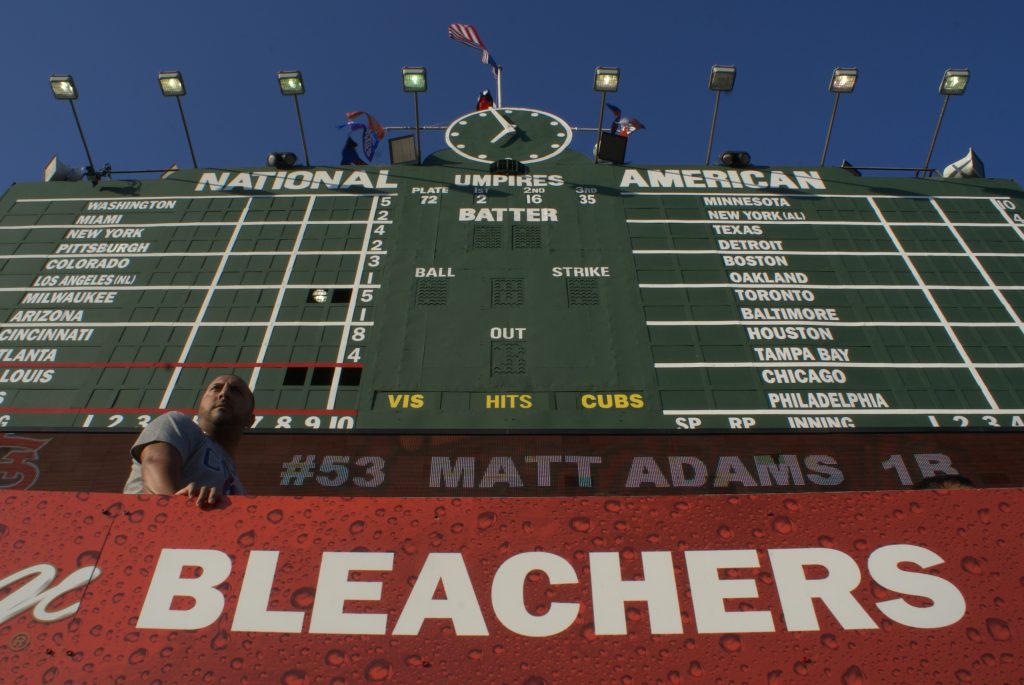 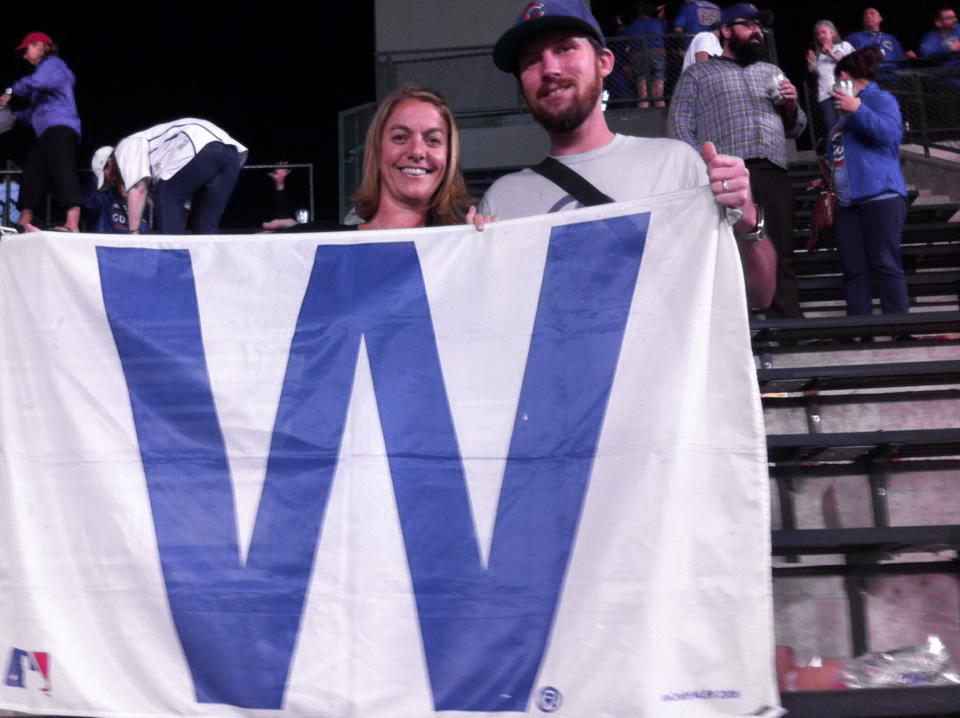 Just being in Chicago is great too. 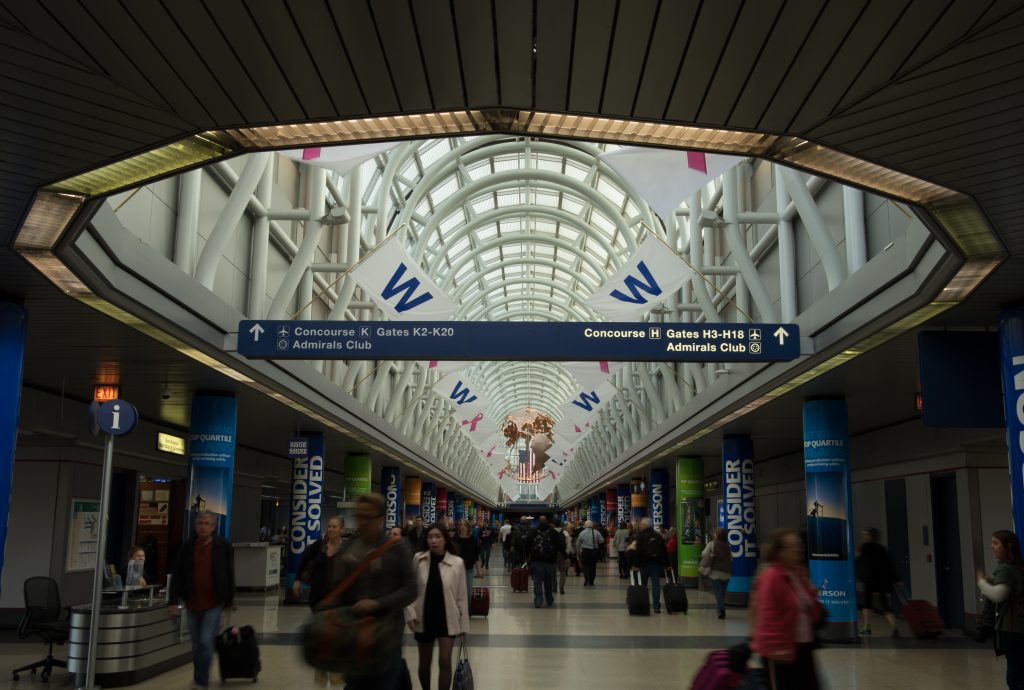 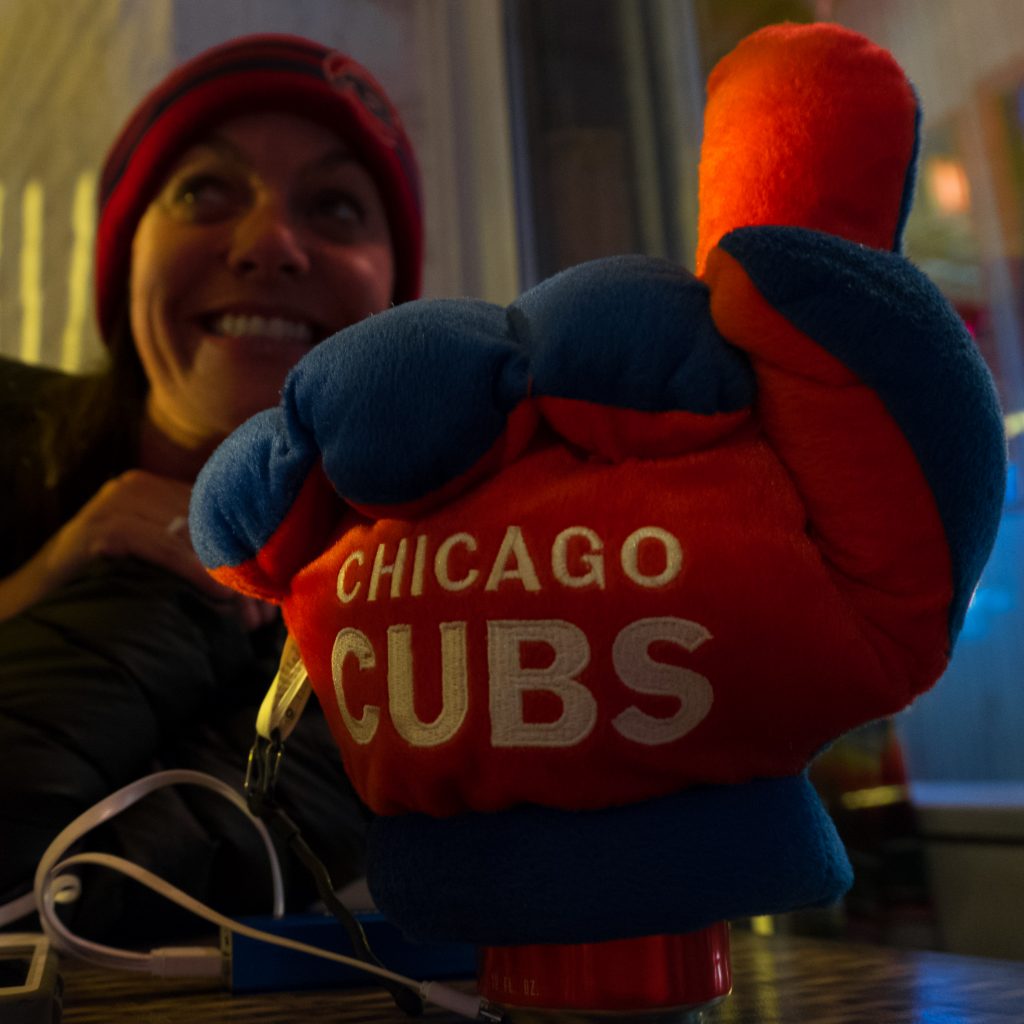 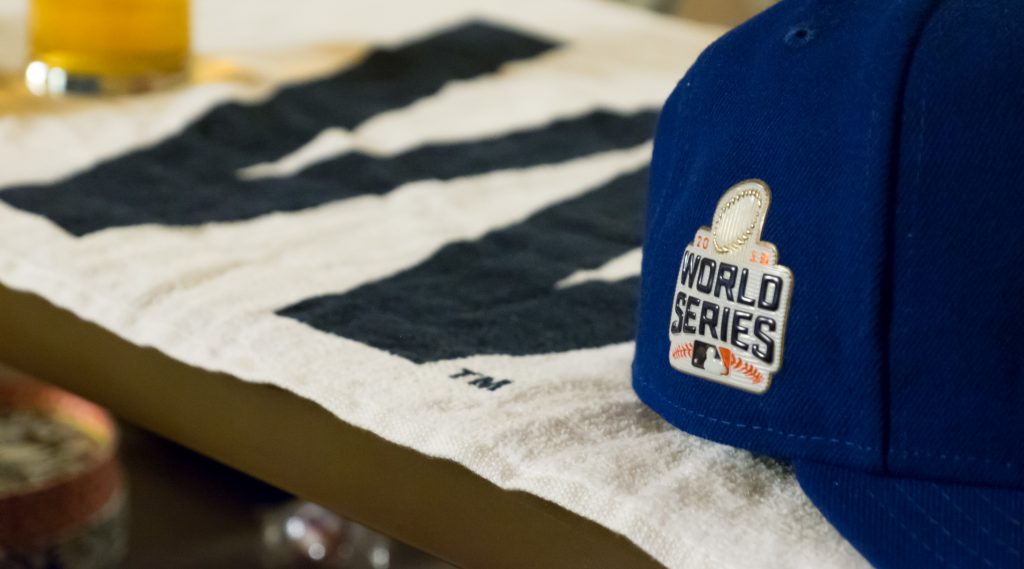 Here’s our good luck charm, a piece of Wrigley Field from their previous World Series. This was a gift from our neighbor—a die-hard Cardinals fan. 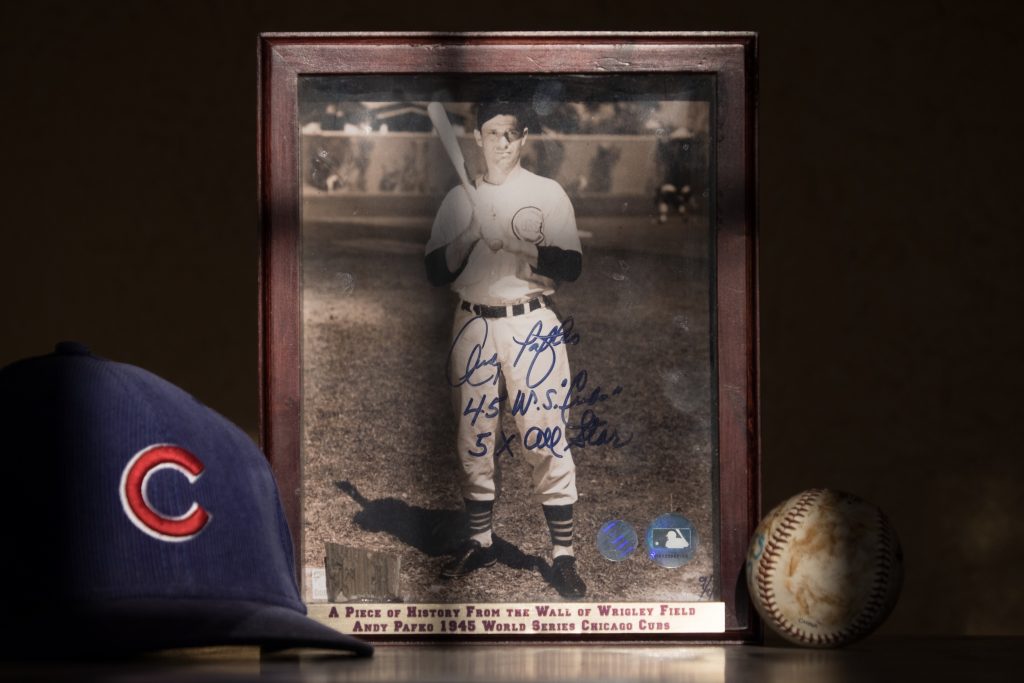 I found some video from my first ever baseball game. This was at Wrigley Field in 1991, and was a notable game by Andre Dawson getting ejected and the crowd throwing trash on the field. My cousin and I were on row 1 of the upper deck. My apologies to the stranger on the lower deck that was hit with a soft pretzel.