For our five-year anniversary, we were thinking of laying low and taking a short trip up to the mountains to relax for a few days. Somehow we settled on a beach vacation to Mexico.

We generally like to vacation where we’re always on the move seeing different things. This trip was all about R&R. We stayed at our resort most of the time, and walked into town for a bit each day. 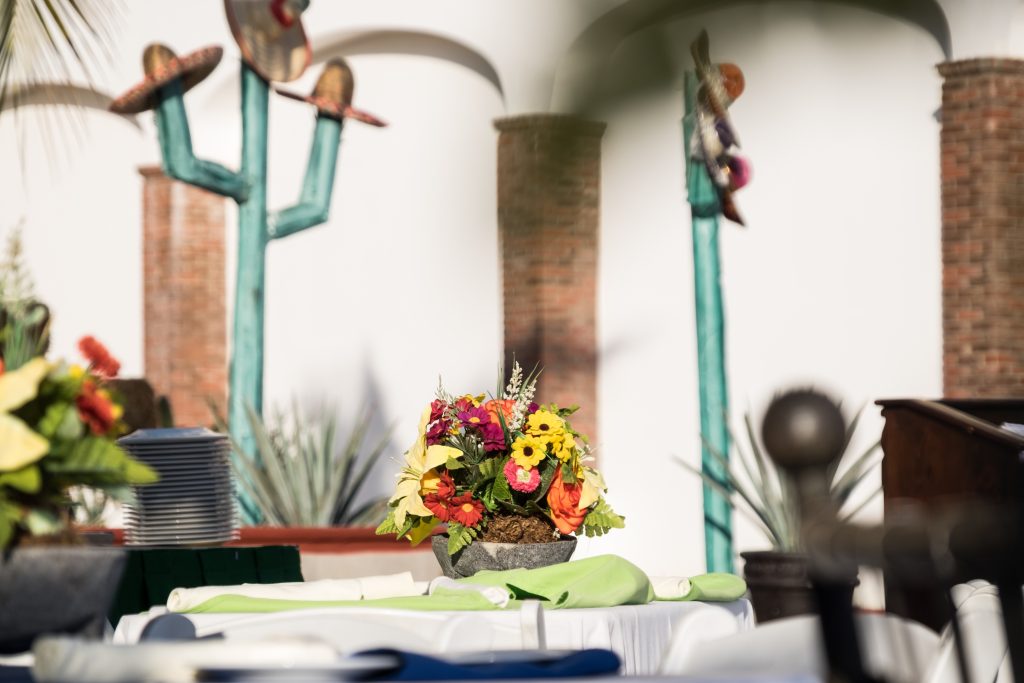 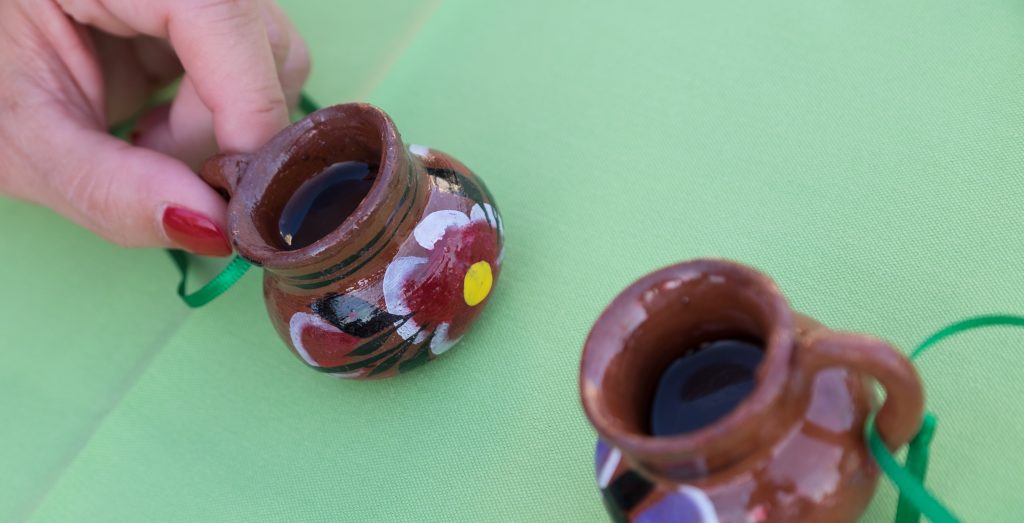 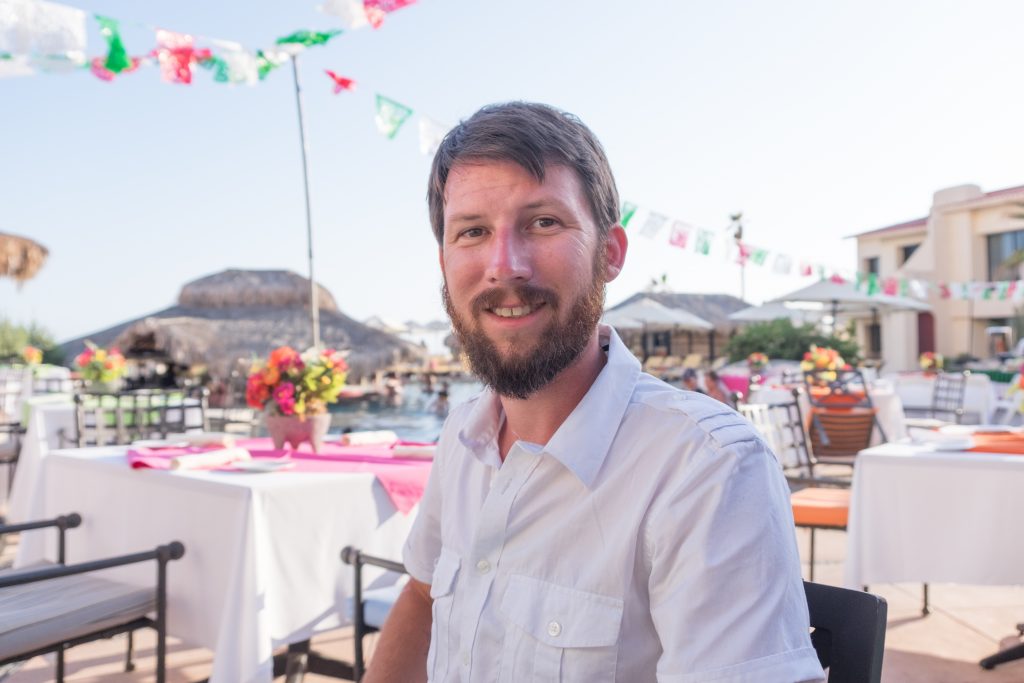 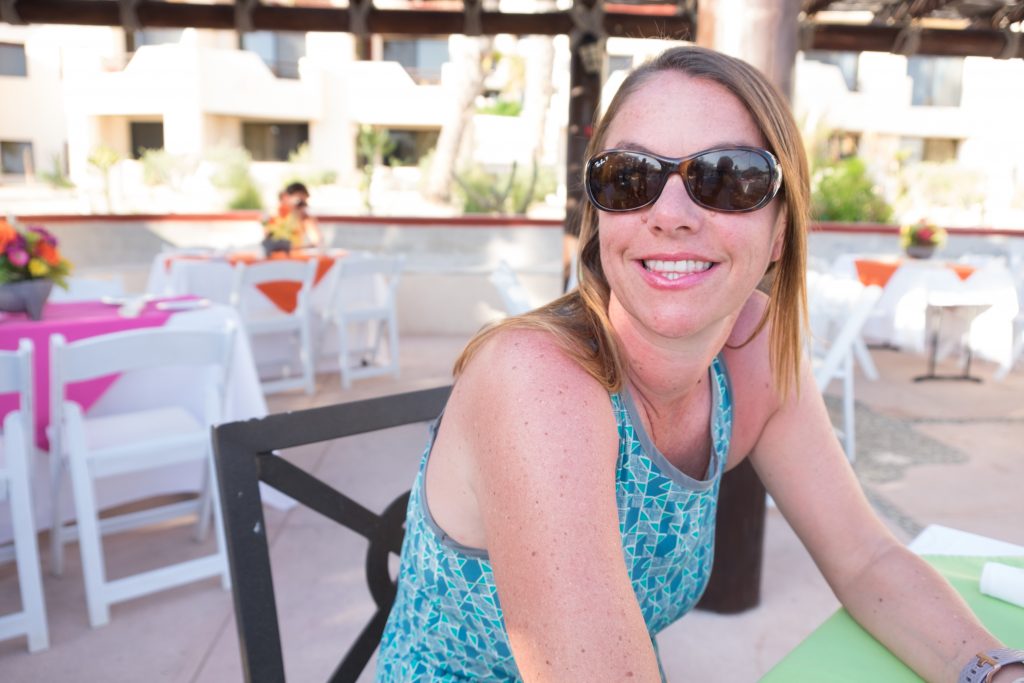 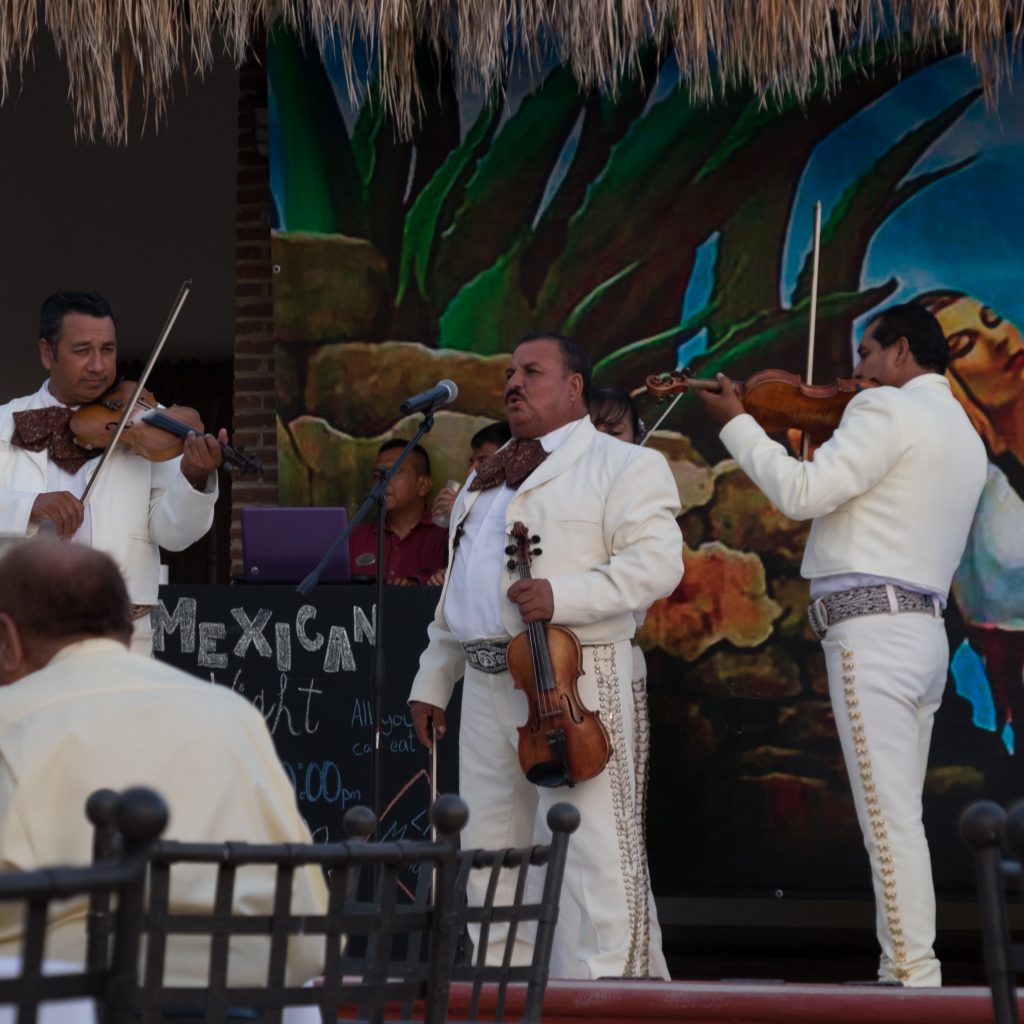 Resort time is fun. We just laid by the pool, had drinks, and talked with strangers doing the same. 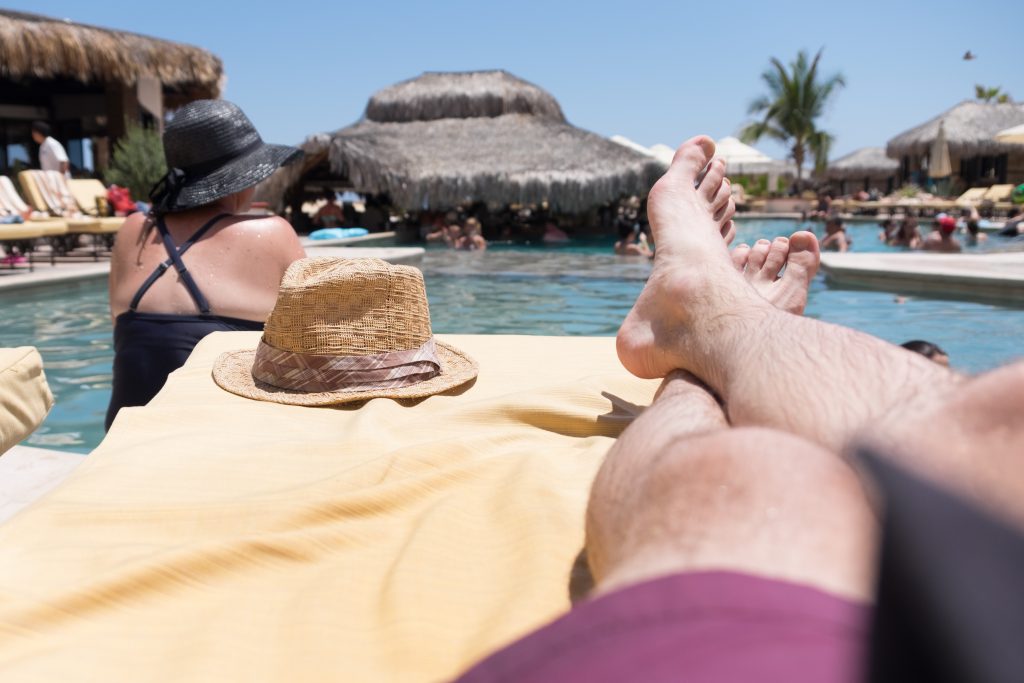 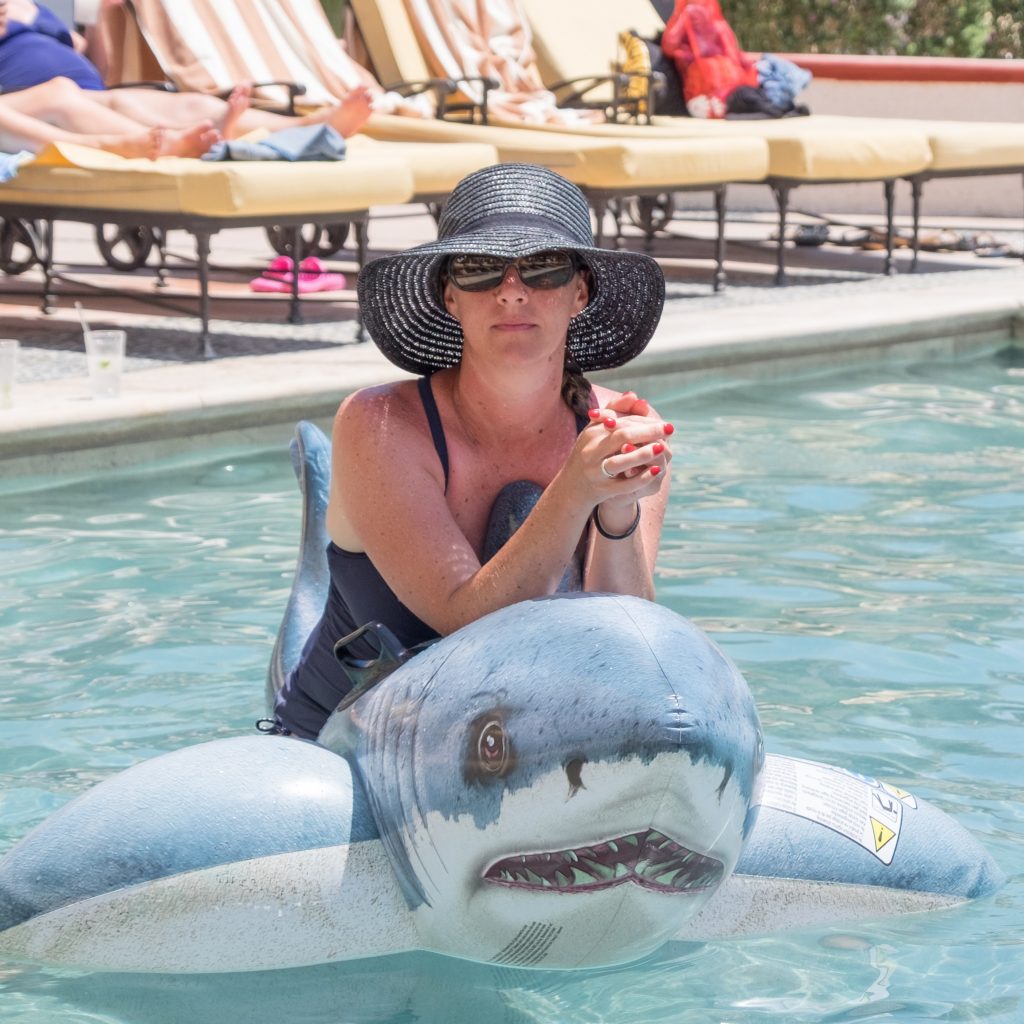 After a few days we went for a boat ride around Land’s End. We stopped for some snorkeling on the way back. I had a leaky snorkel that made it hard to breathe, but it was still pretty amazing. At one point, a boat pulled by and they started tossing in tortillas over us, which prompted a cloud of ravenous tropical fish to surround us. Carly booked it out of there. I don’t know if they were being dicks by attracting the fish or they thought we’d think it would be cool, but it was definitely cool. 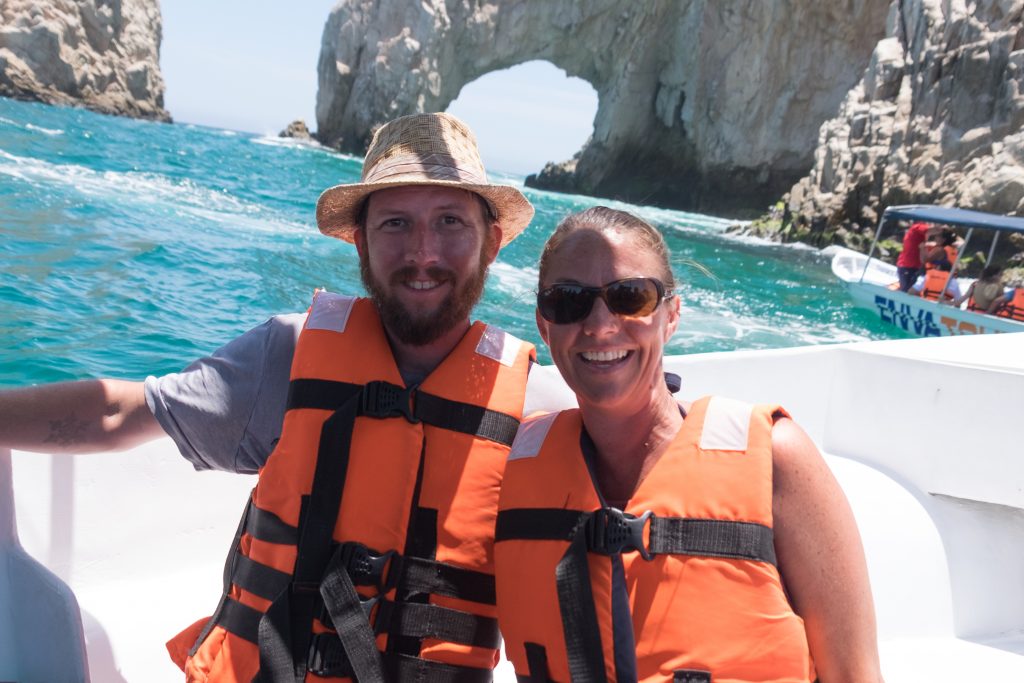 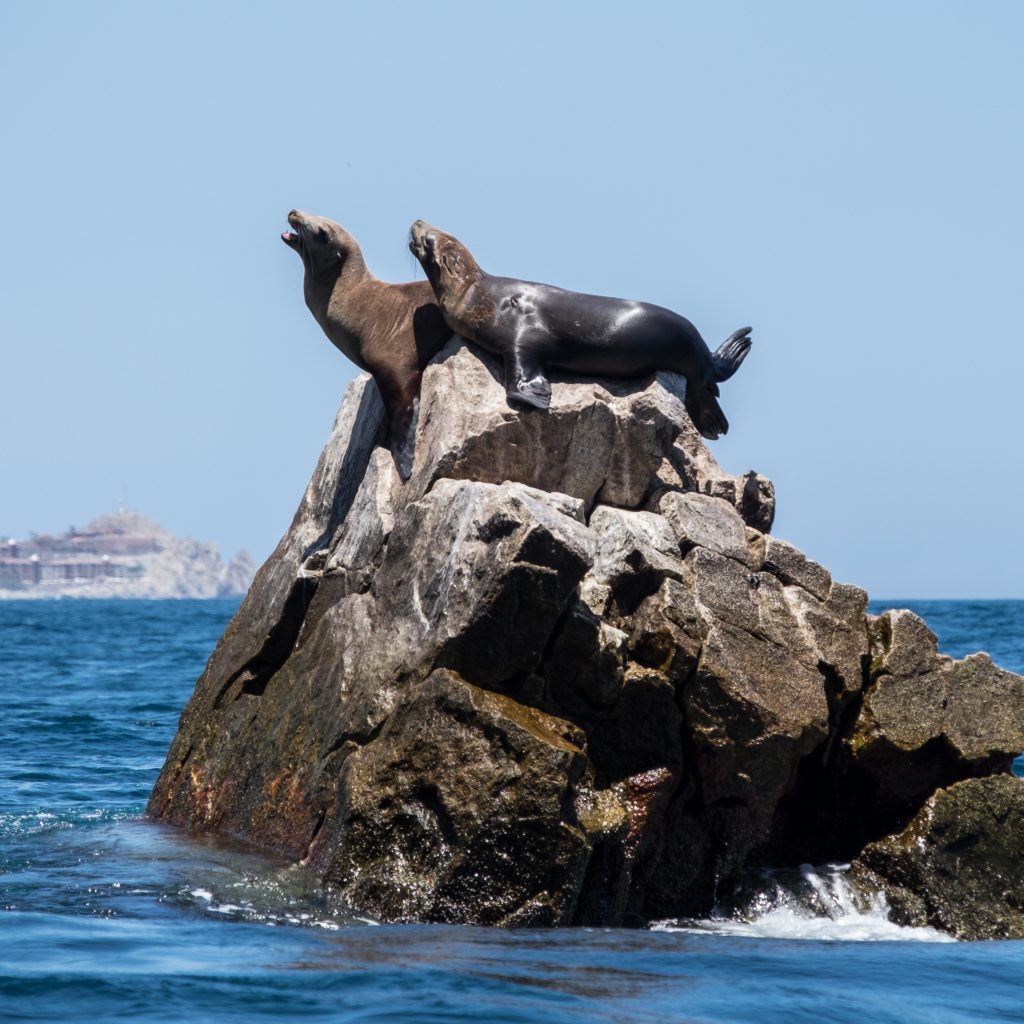 From our hotel, we were a short climb from the Land’s End beaches. Lover’s Beach is a calmer swimming beach on the side of the Sea of Cortez. The rock formations along the way created an interesting backdrop. 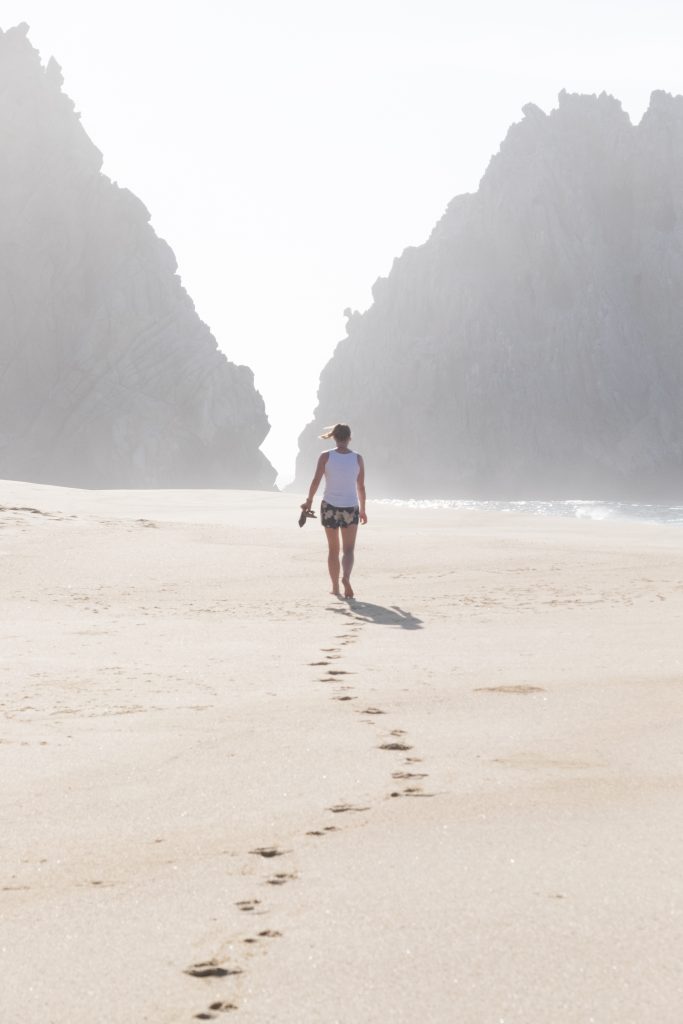 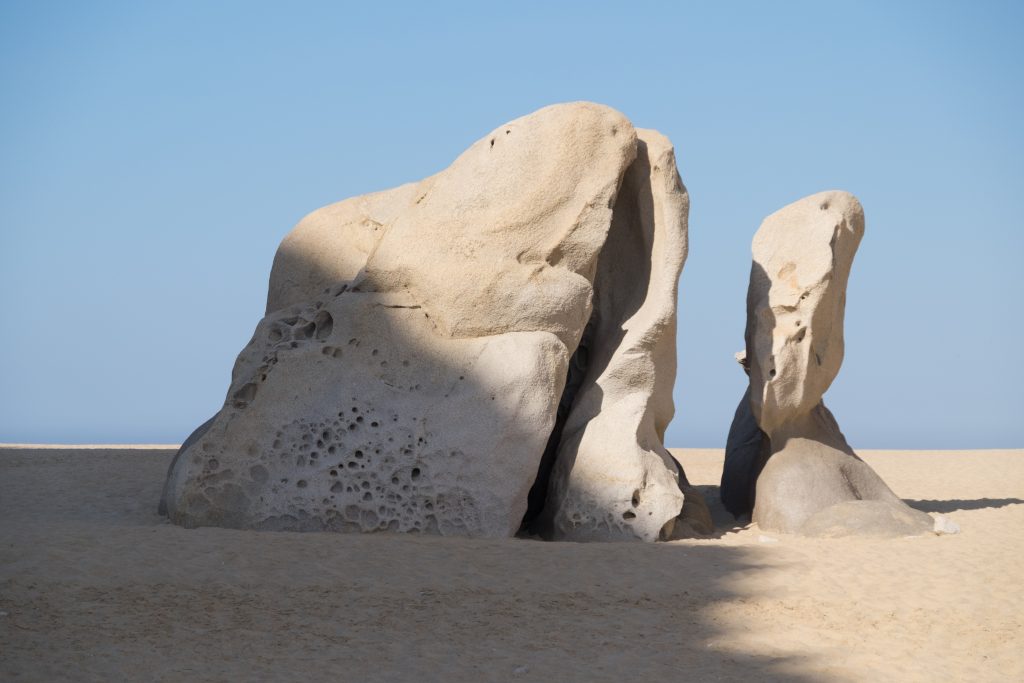 On the Pacific side is Divorce Beach. It’s a larger beach with turbulent waters. We couldn’t swim here, and apparently people die each year trying. We took it in from a distance. 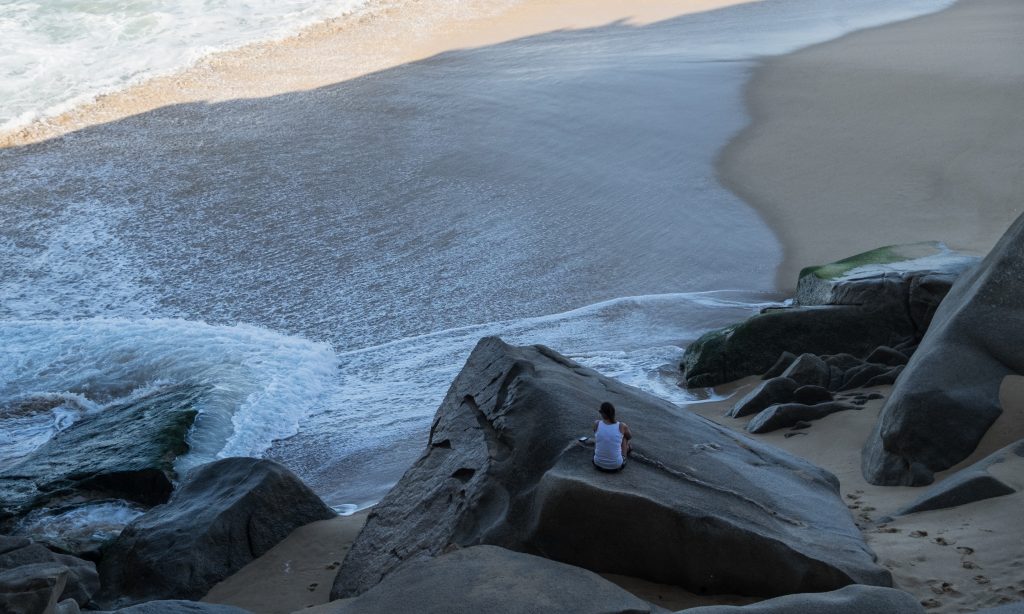 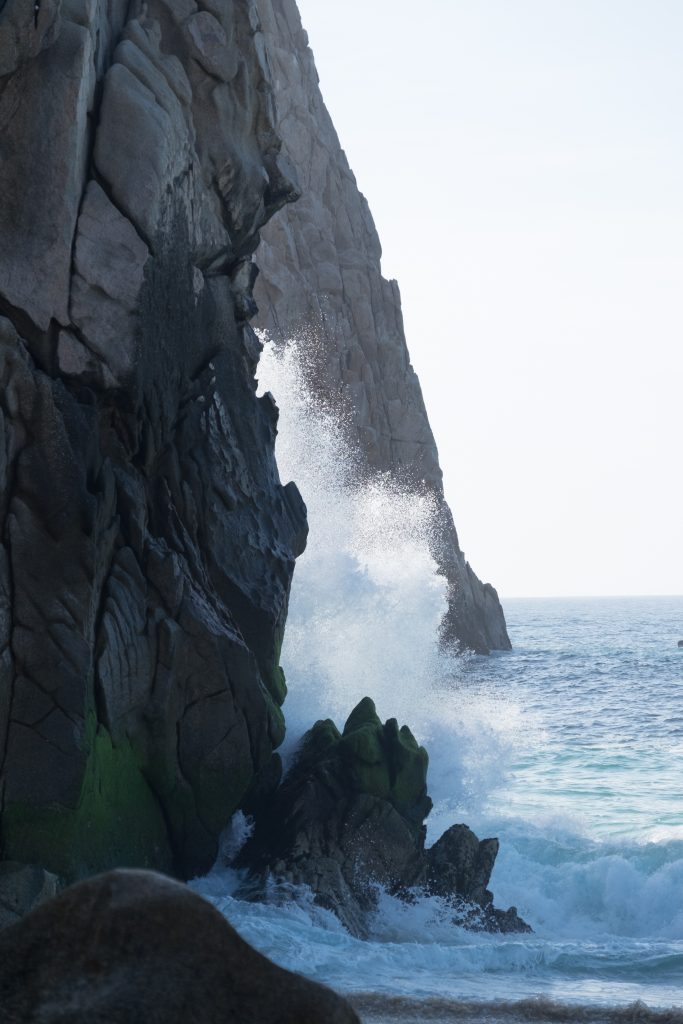 This was a perfect little vacation. The motto down in Cabo was, “No bad days,” and it rang true for us. As for the guy we found passed out on the sidewalk in his underwear one morning, probably not so much for him.