For my Mom and sister’s shared birthday, they made plans to meet up in Chicago for a Cubs game.  Mom had this idea to get a picture of Christy at the game where we sneak up and photobomb the shot.  Our presence would be revealed only after Mom showed the photo.

We were only going to be together for 24 hours, so we decided to make the picture happen a bit earlier at our hotel.  It took some work, but this is it. 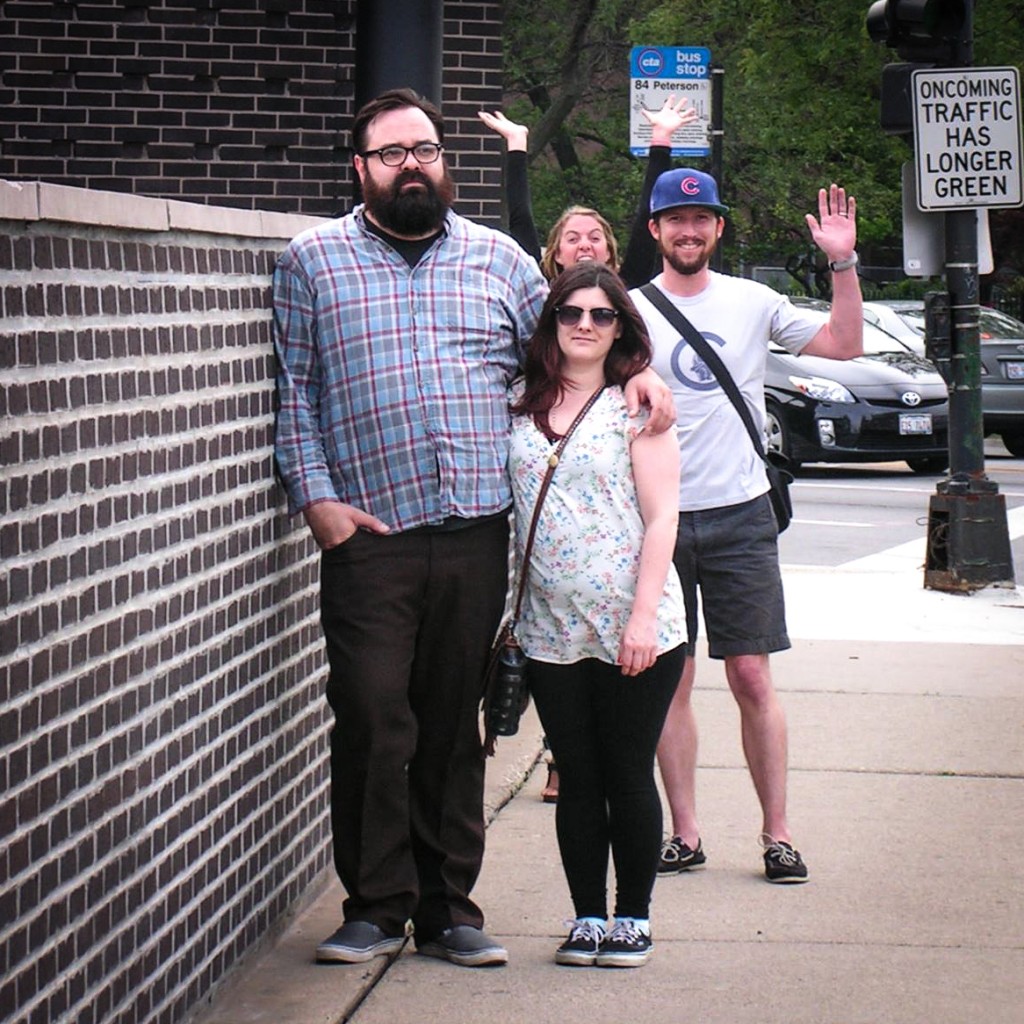 You can almost see thoughts of, “Jesus Mom, we’ve been walking 15 miles today.  My feet hurt and you want us to pose for a picture in front of traffic.”  You can also see Ryan not looking at the camera.  He’s in like 10 photos from this trip – none of which have him looking at the camera.  Anyway, we snuck in and got out before they ever saw the photo.  It was a great surprise.

After that, we went to the game and watched the Cubs win on their home turf.  We somehow ended up on the Jumbotron twice this game. 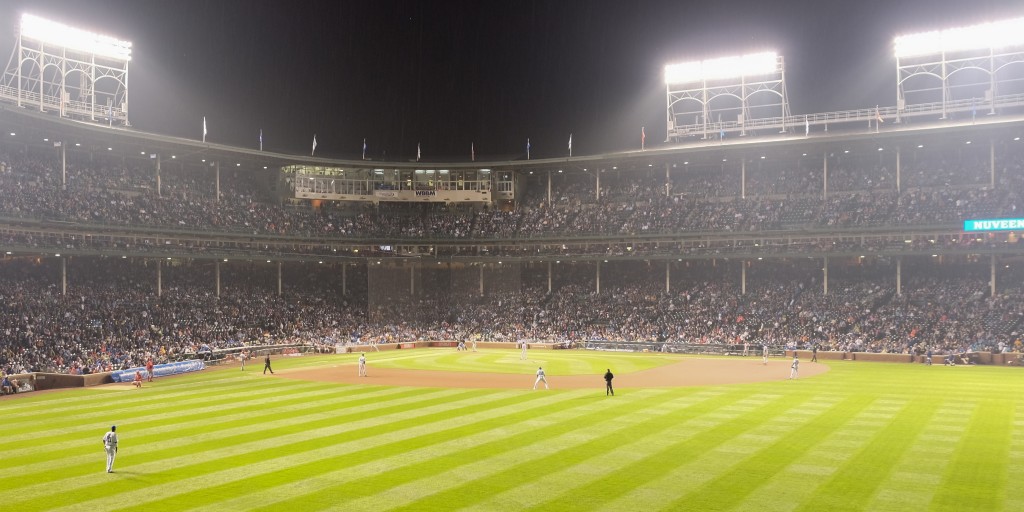 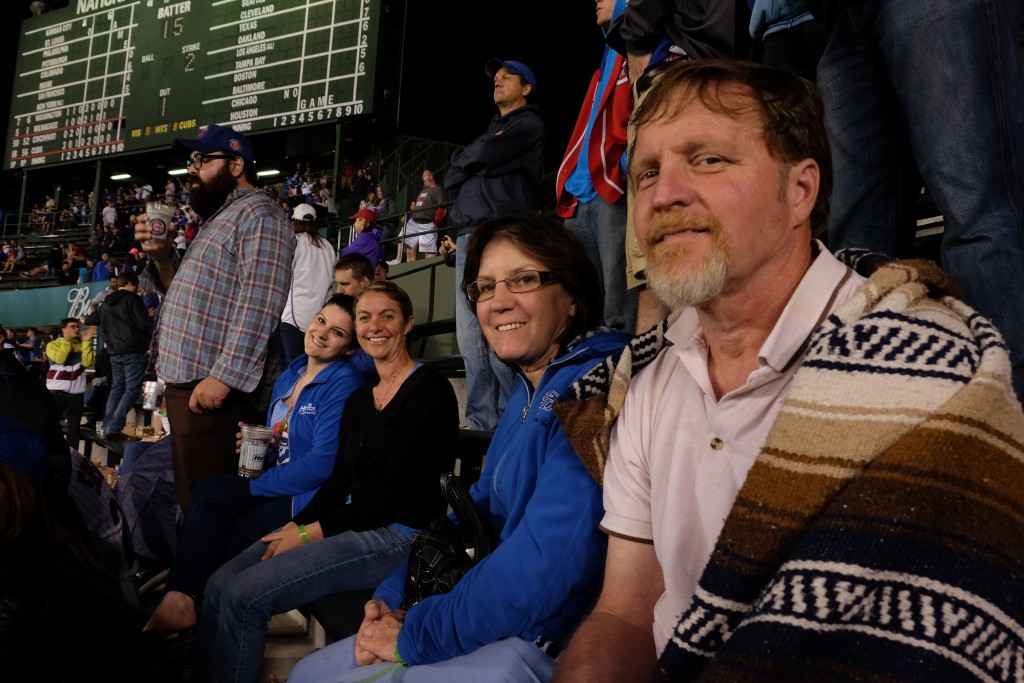 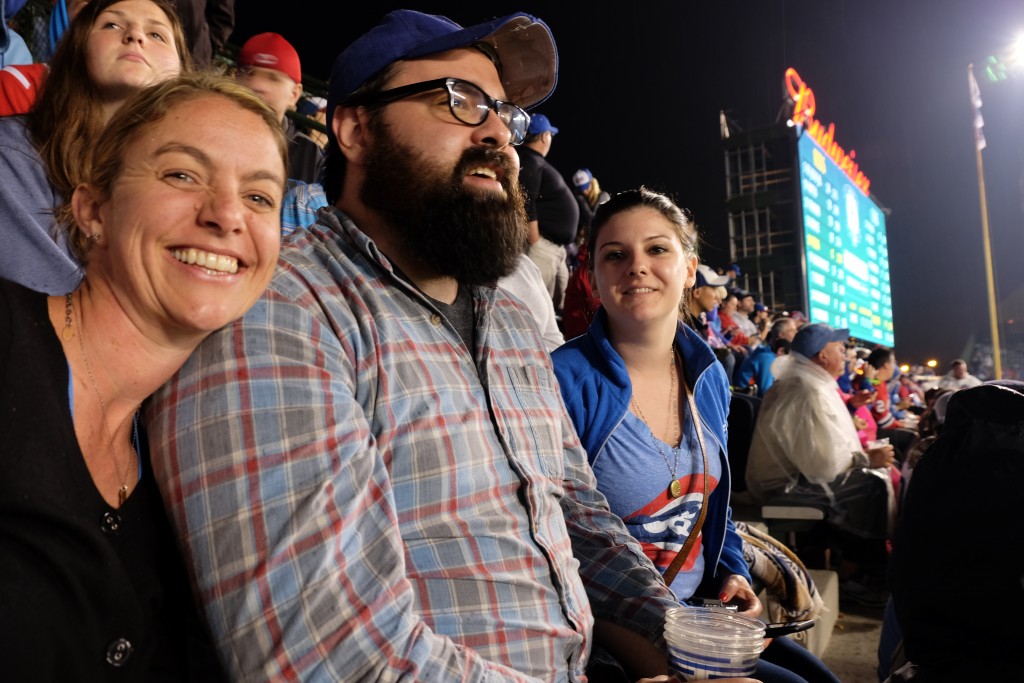 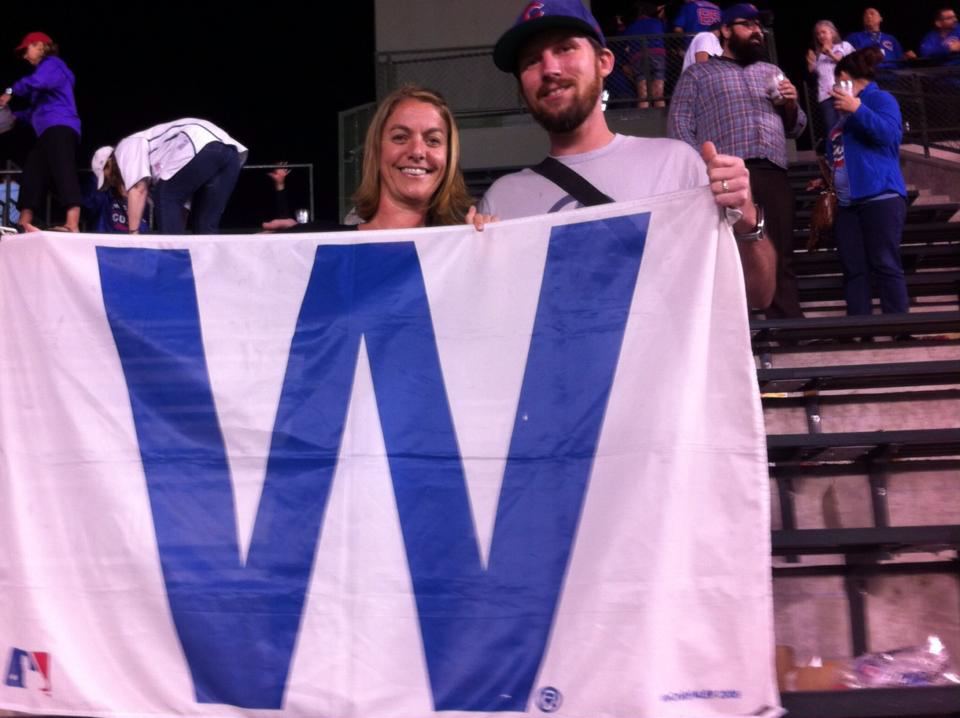 It was a chilly and wet game, but it was a blast with family in the bleachers.

The next day, we walked a bit downtown to check out the city.  We started at Portillo’s Hot Dogs.  I think I have PTSD from the ordering process.  It’s high pressure to order fast, then everybody piles in at the counter where they yell unordered numbers for pickup.  I spent 20 minutes thinking I must have missed them calling mine.  It was worth it though.  It was the Chicago Dog I had hoped for.  And the Italian beef was the best I’ve had. 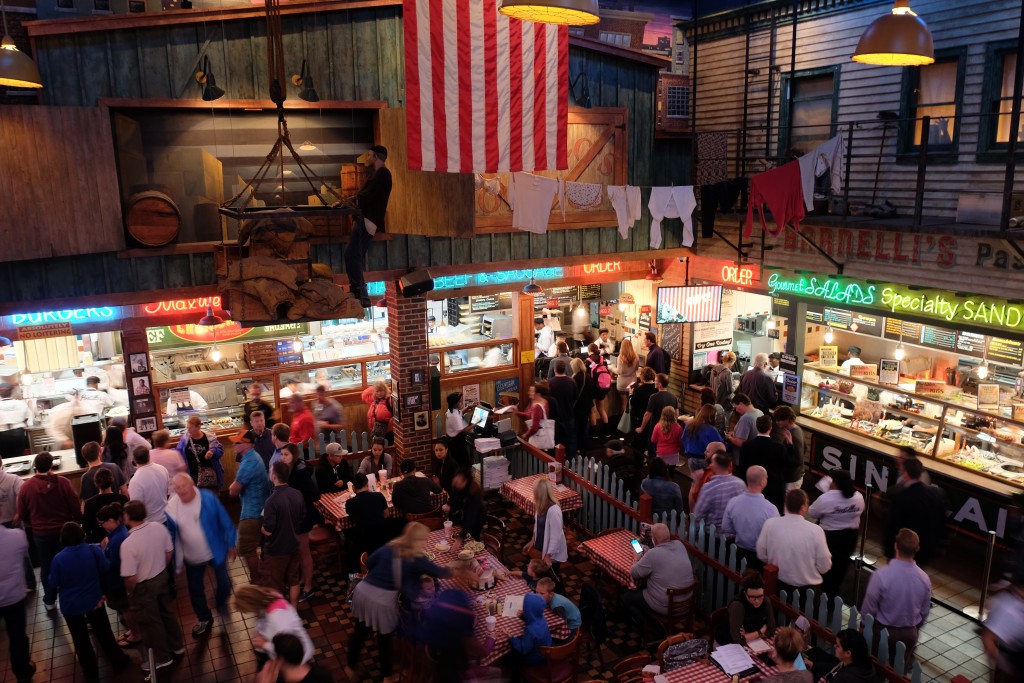 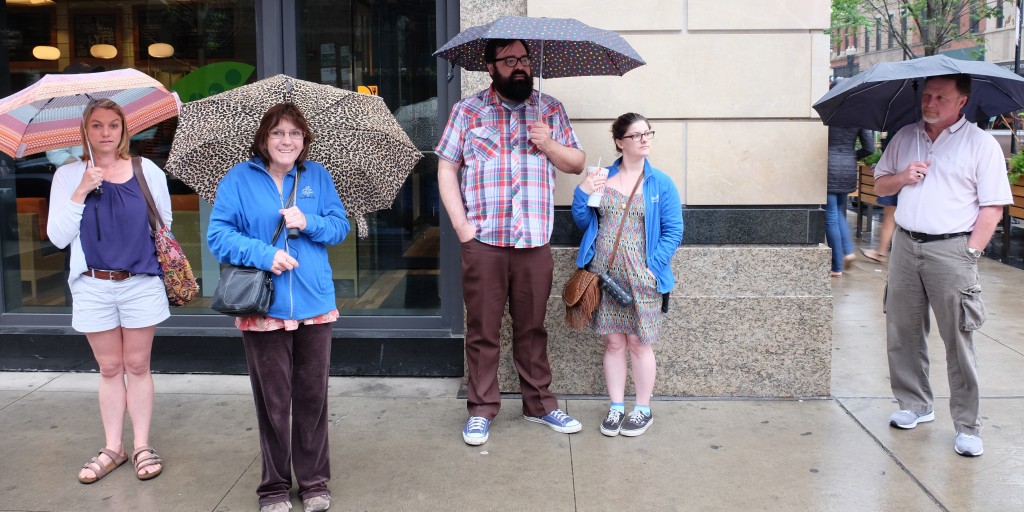 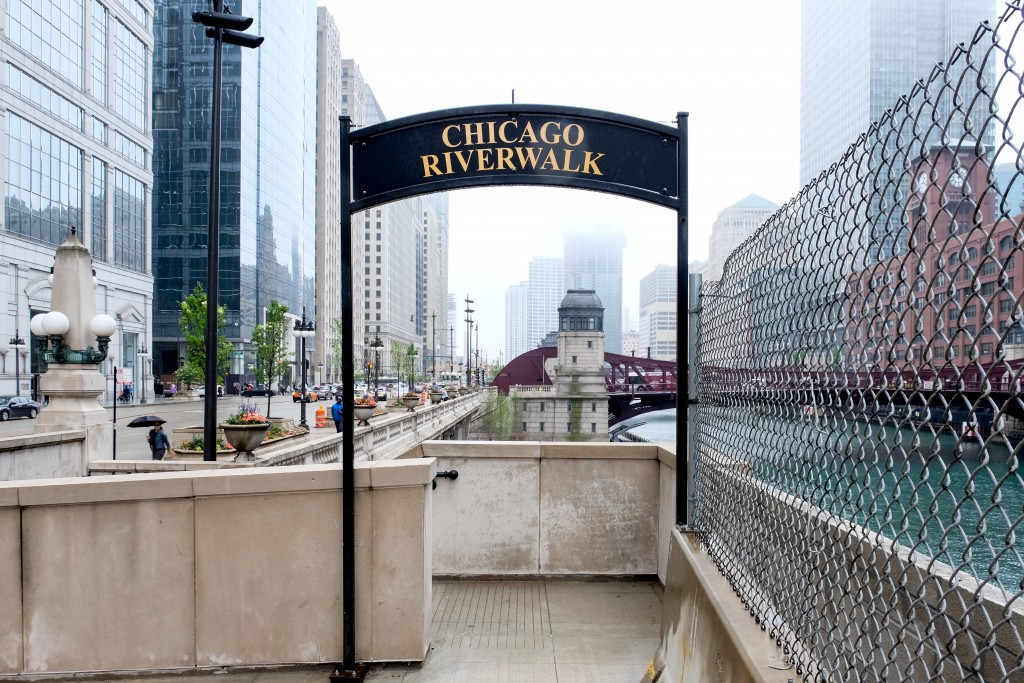 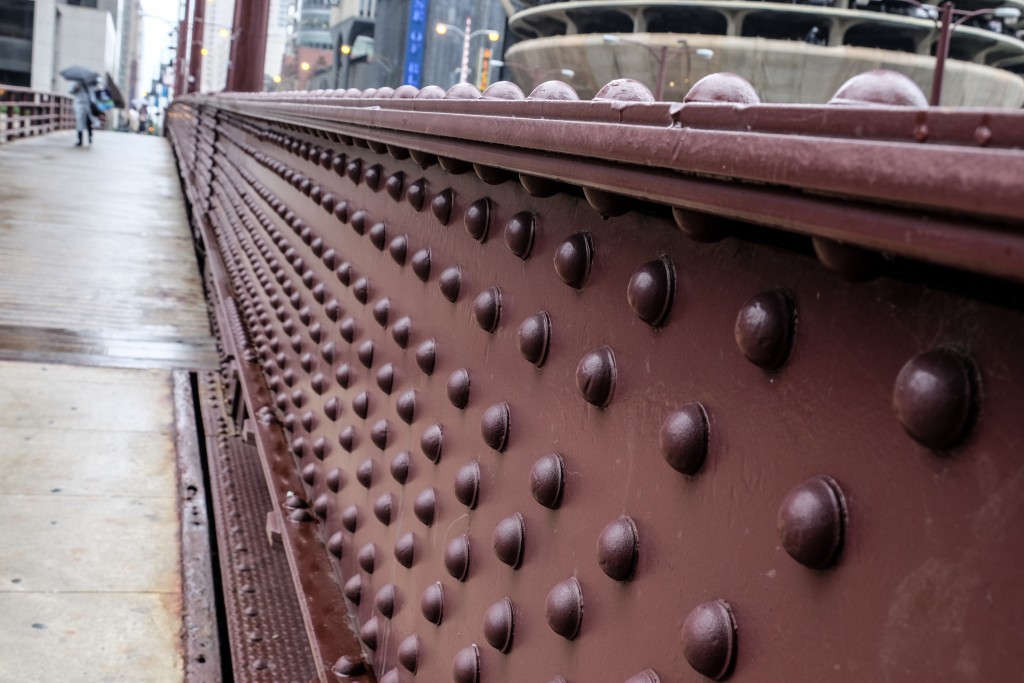 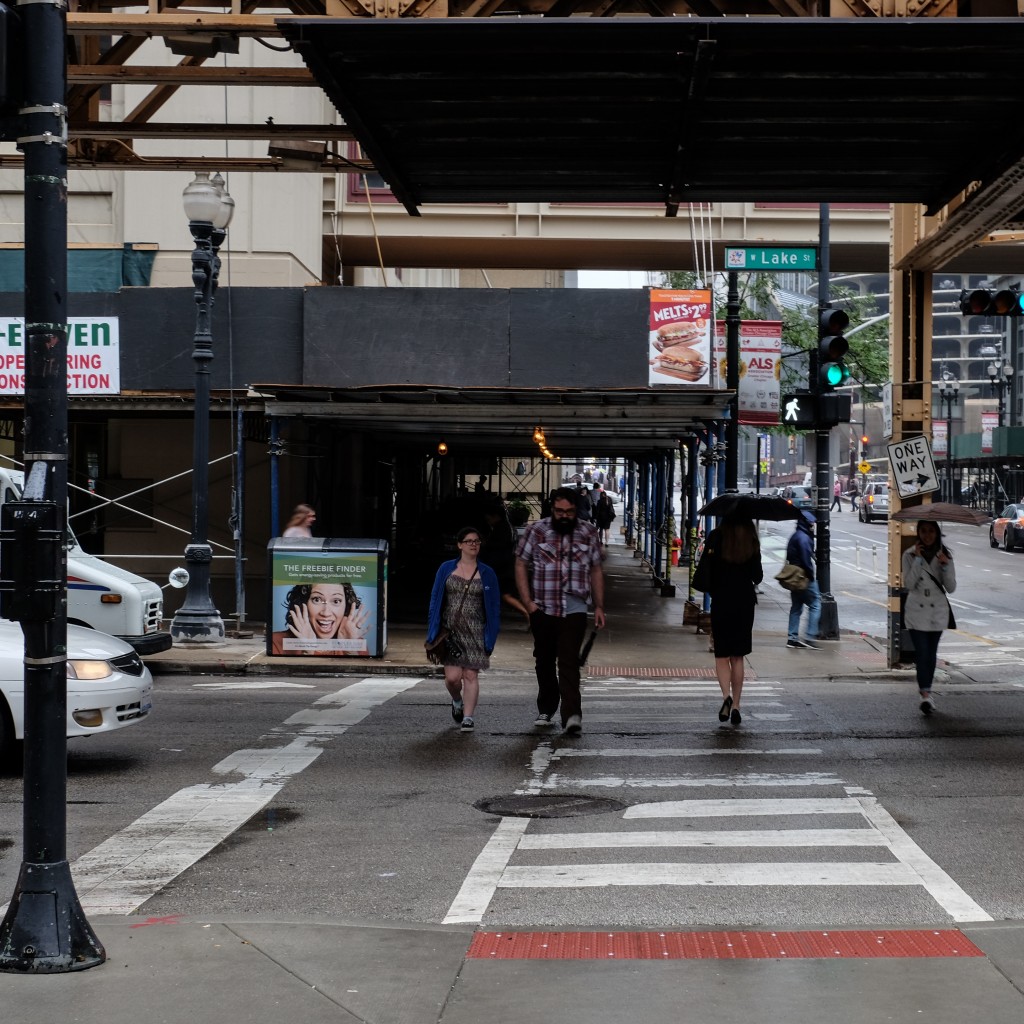 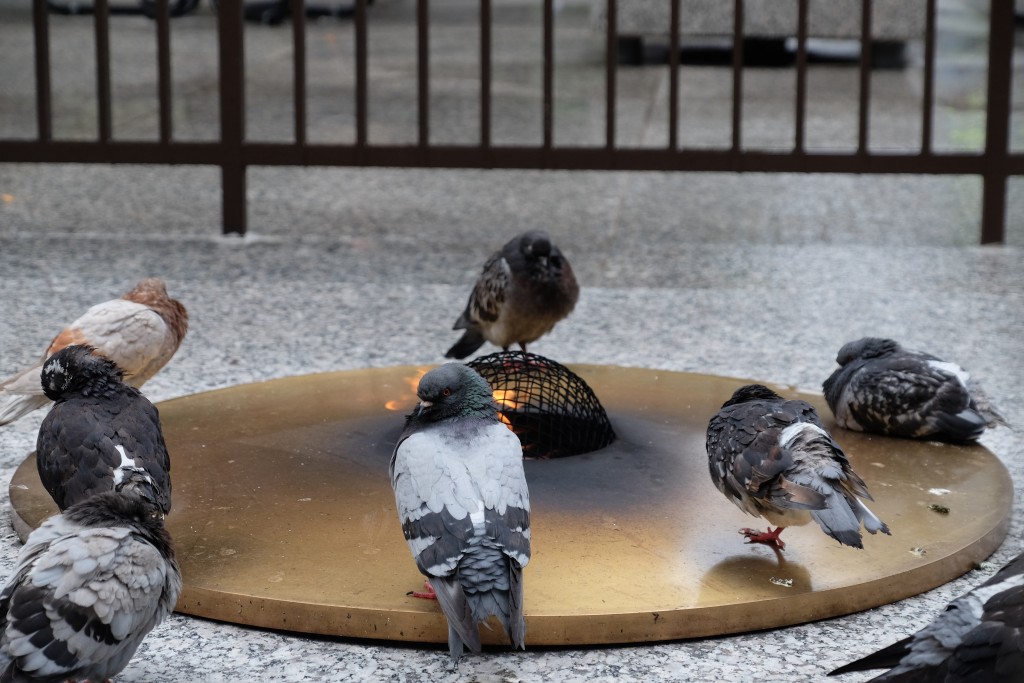 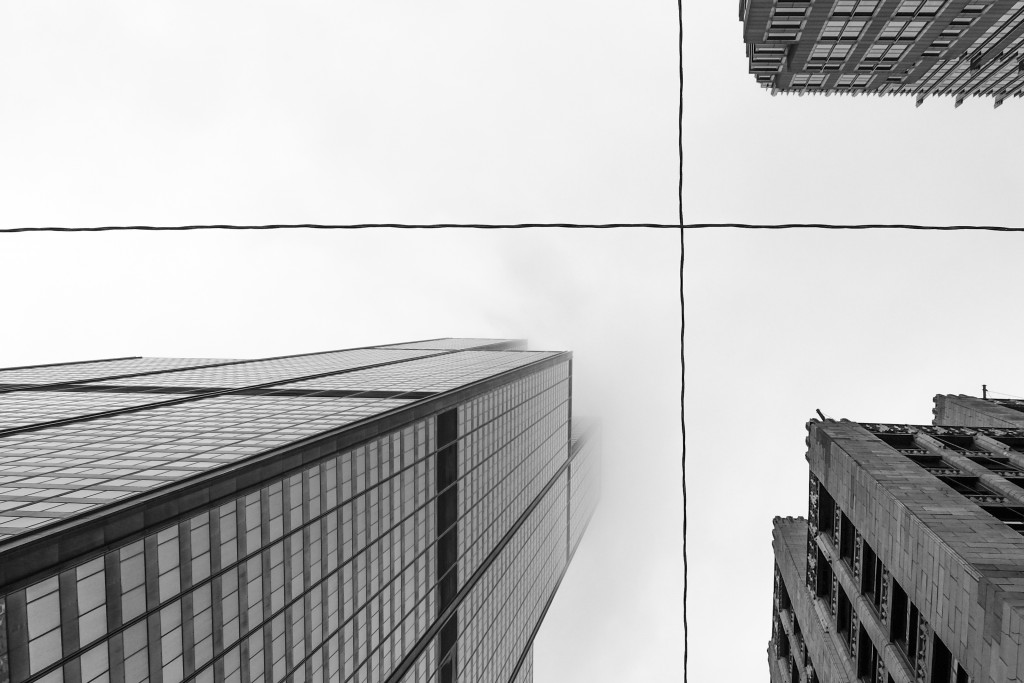 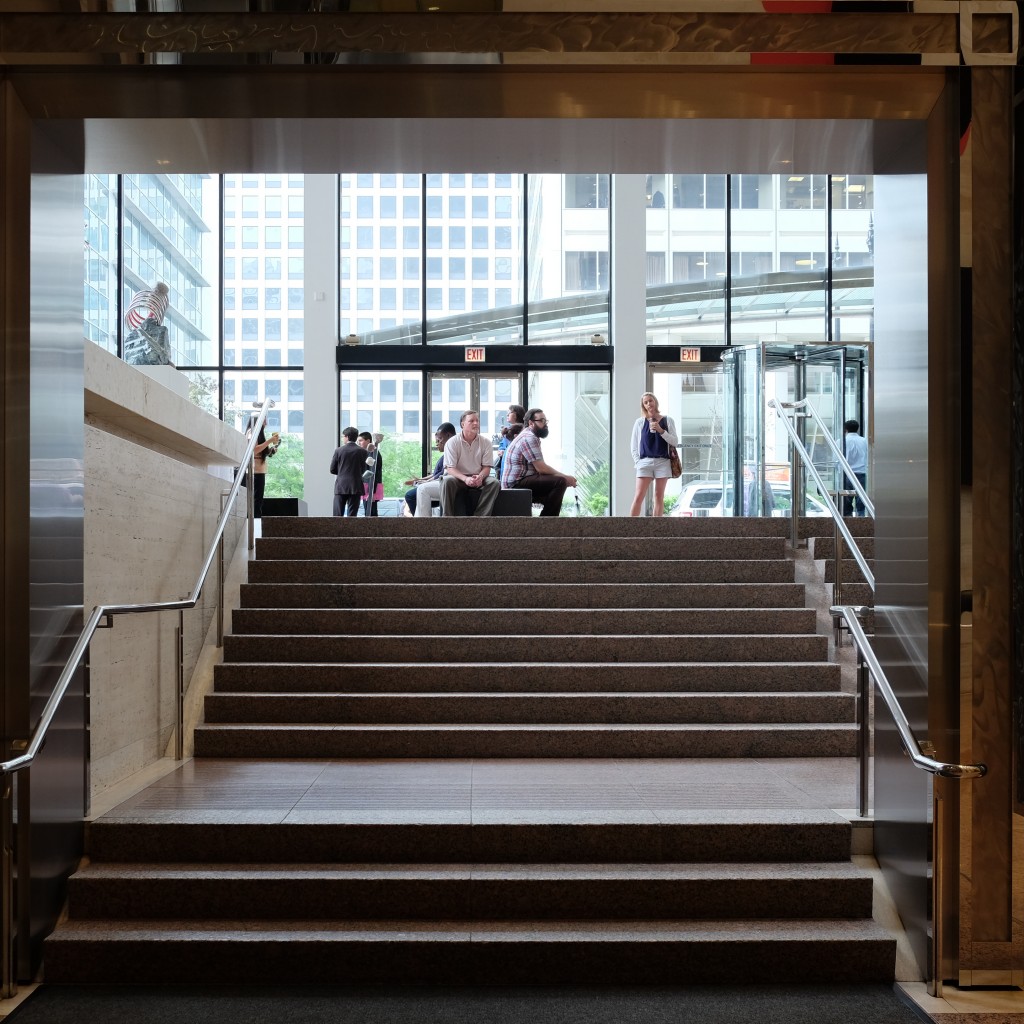 Above is the inside of Willis Tower.  Seconds after taking this picture, security showed up had me delete the picture.  Luckily I took 2.  Apparently you’re not supposed to be taking pictures that would glean structural elements of the inside of this building. 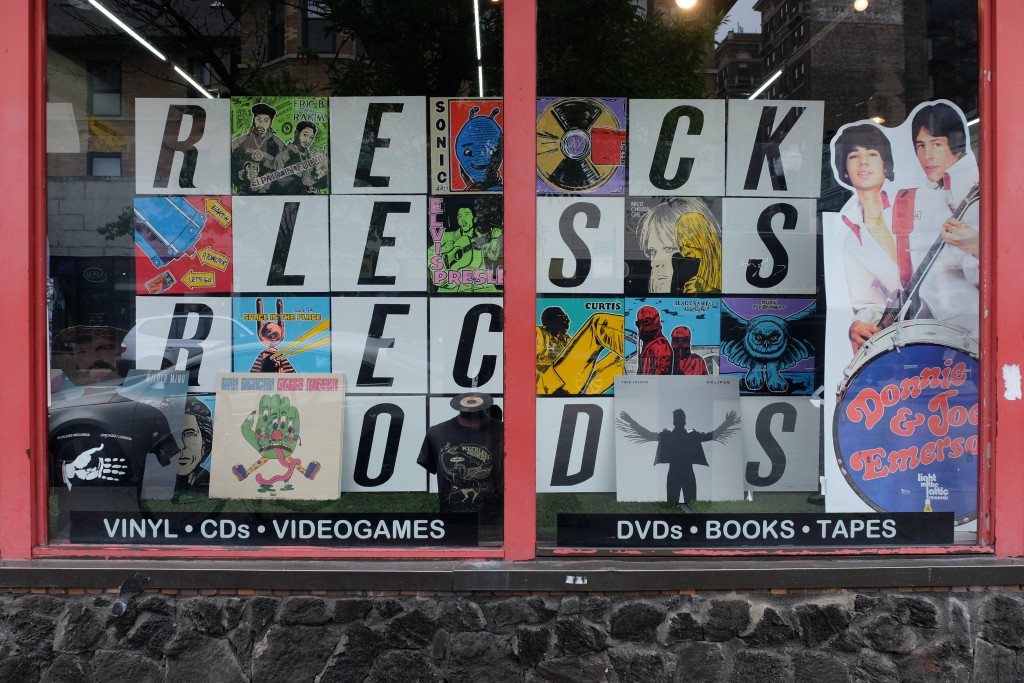 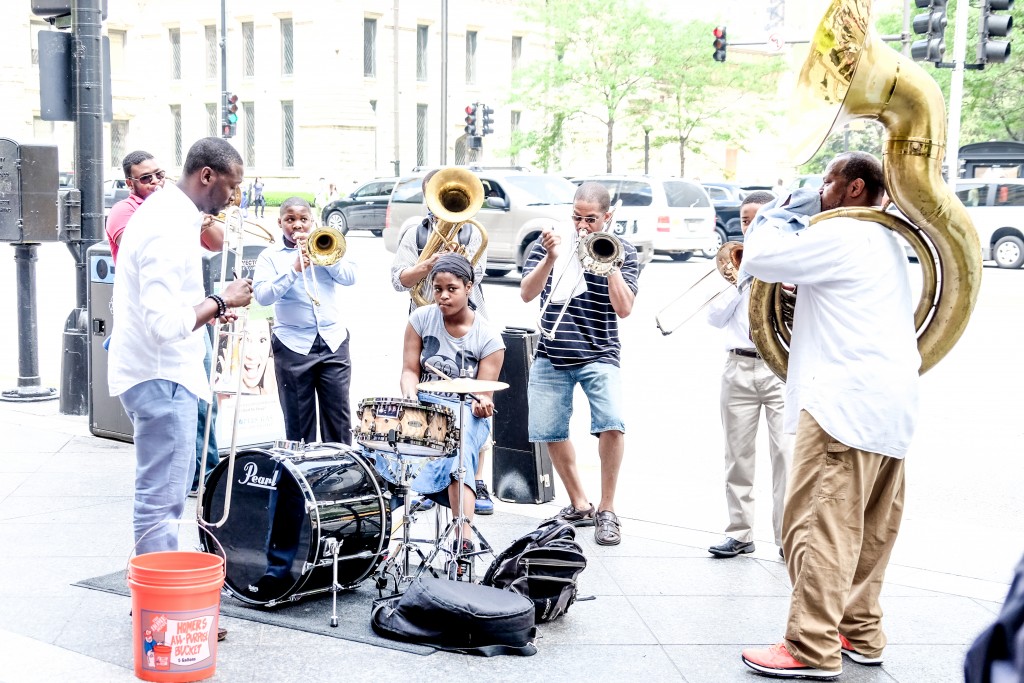 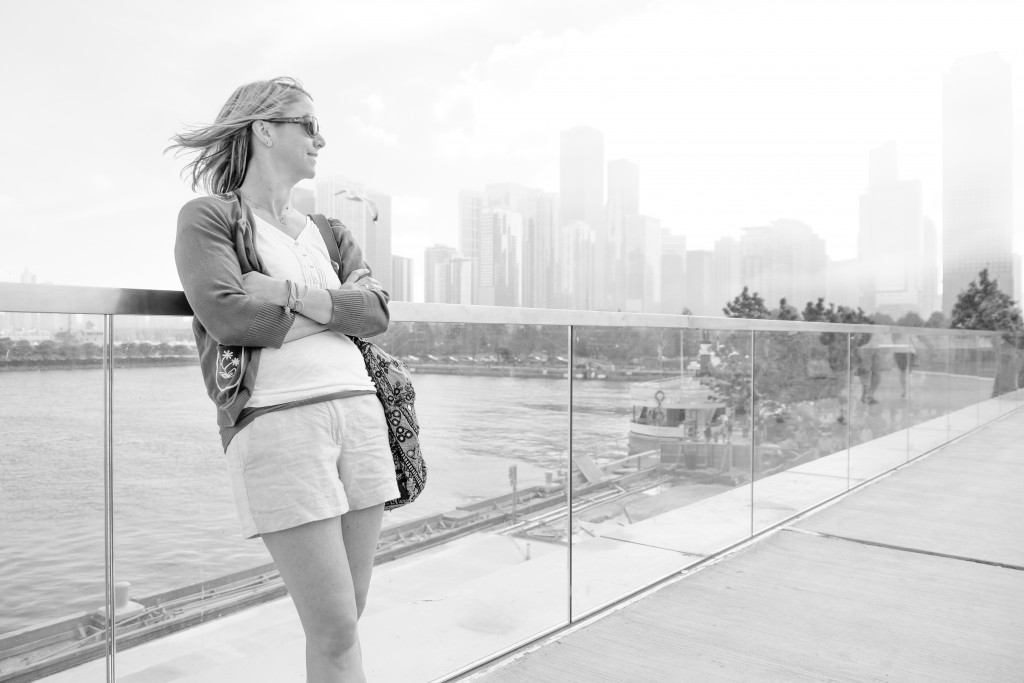 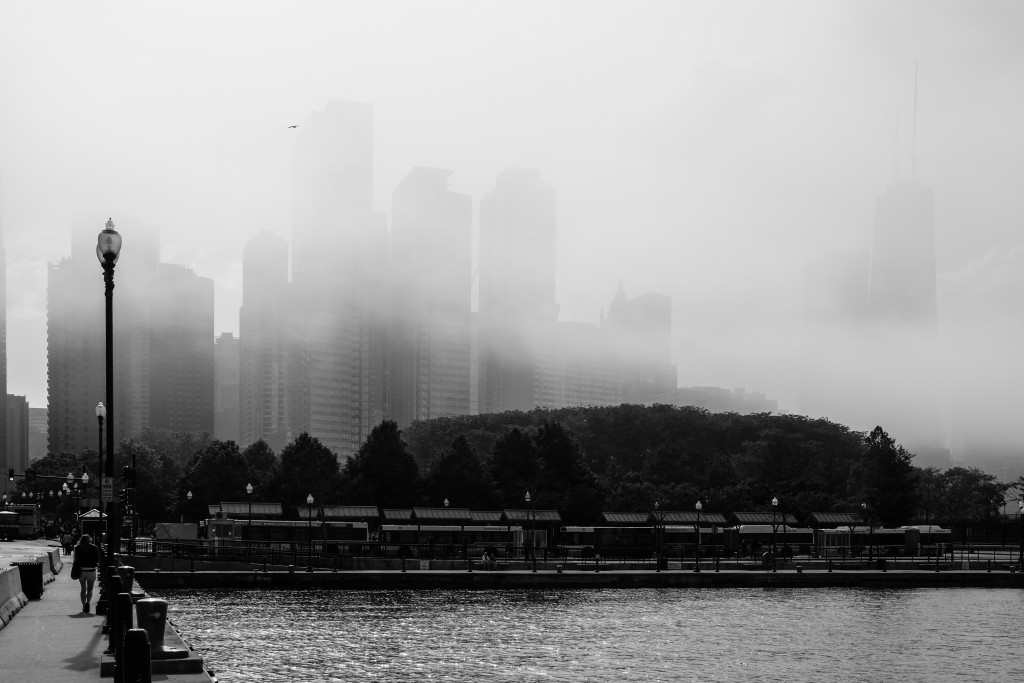 On our last day, Carly and I were on our own.  We did some more walking around and found a nice spot to watch the Blackhawks game.  I’m not really a big fan of hockey, but I don’t hate it, and I am a big fan of seeing how the local fans react to their team in a pivotal championship game.  Everyone had fun and the Hawks went on to win the cup. 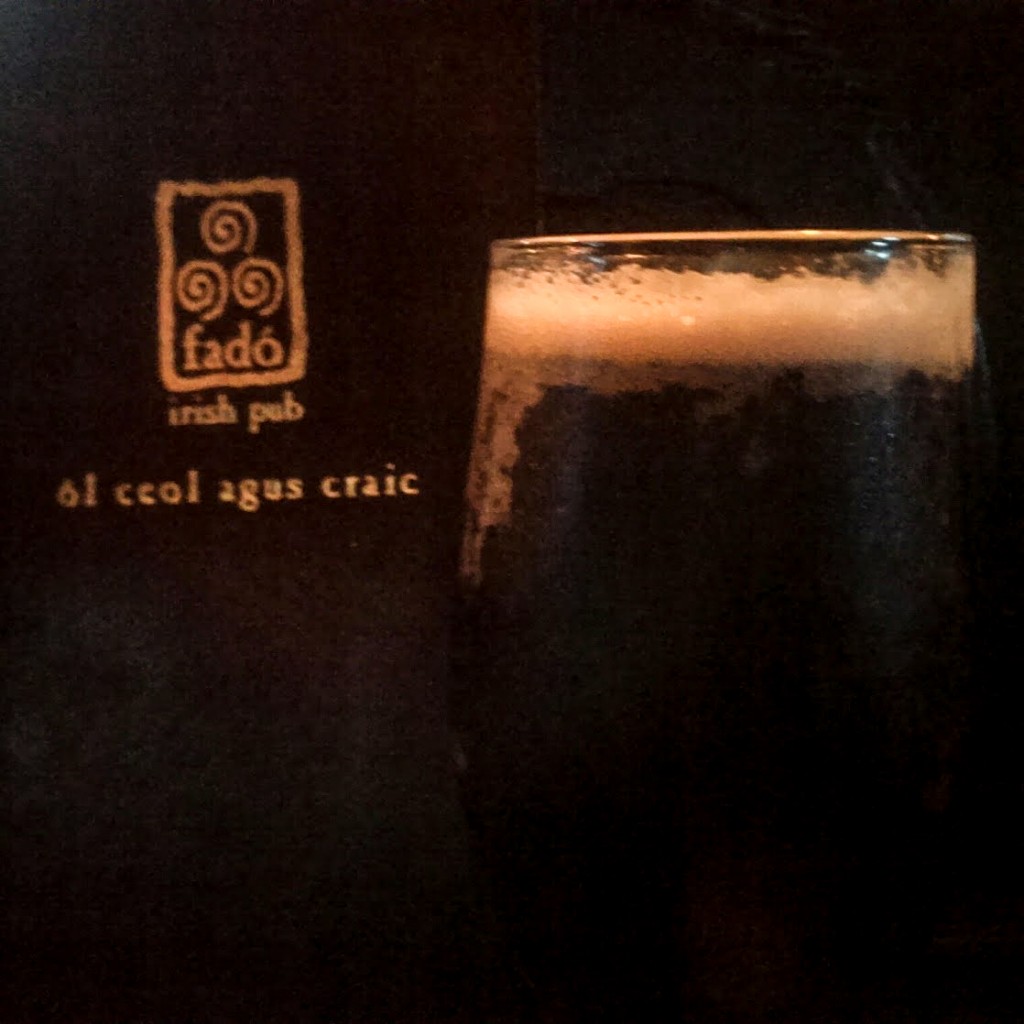 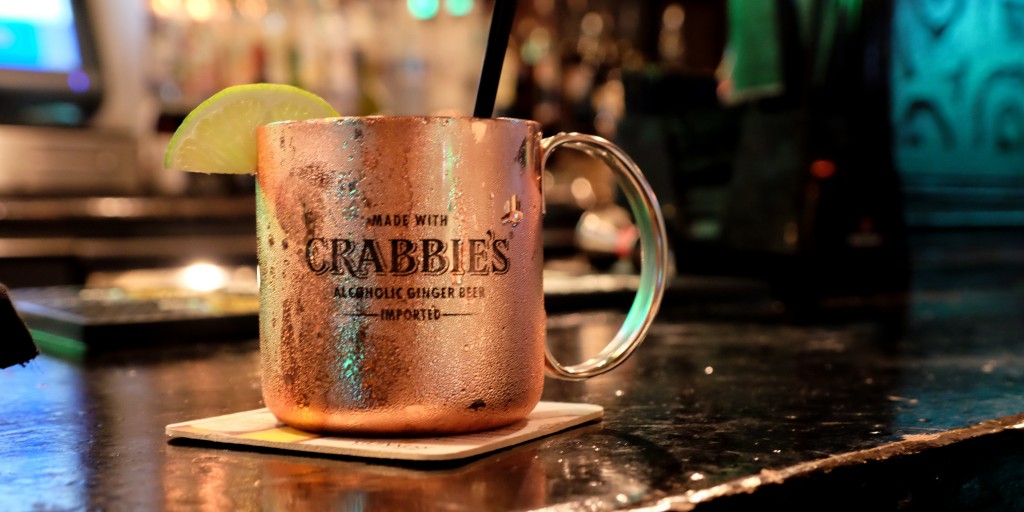 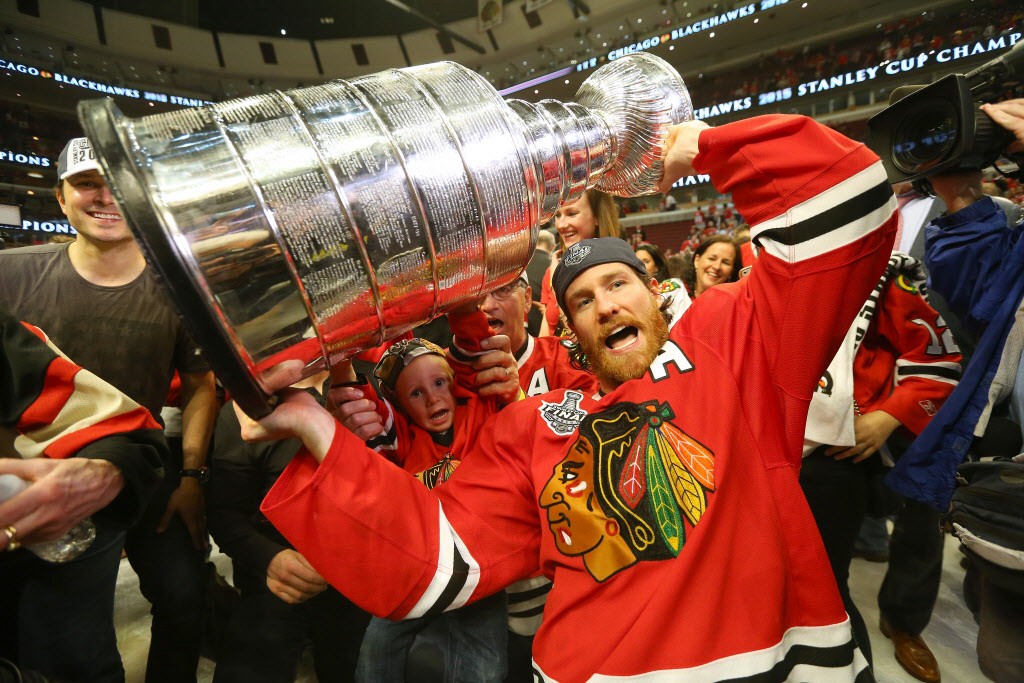 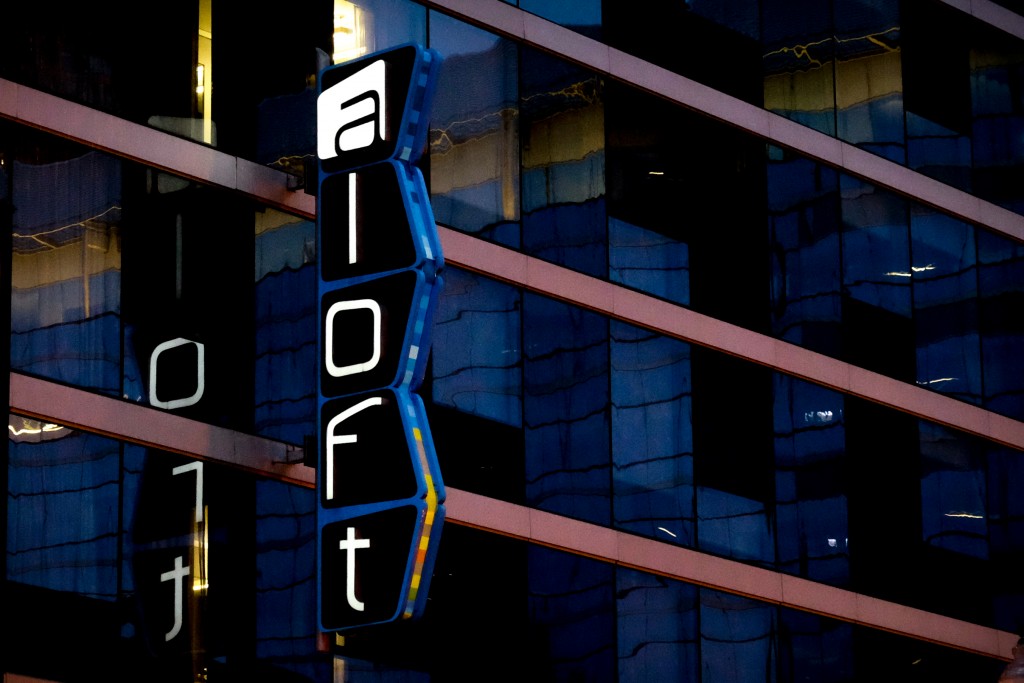 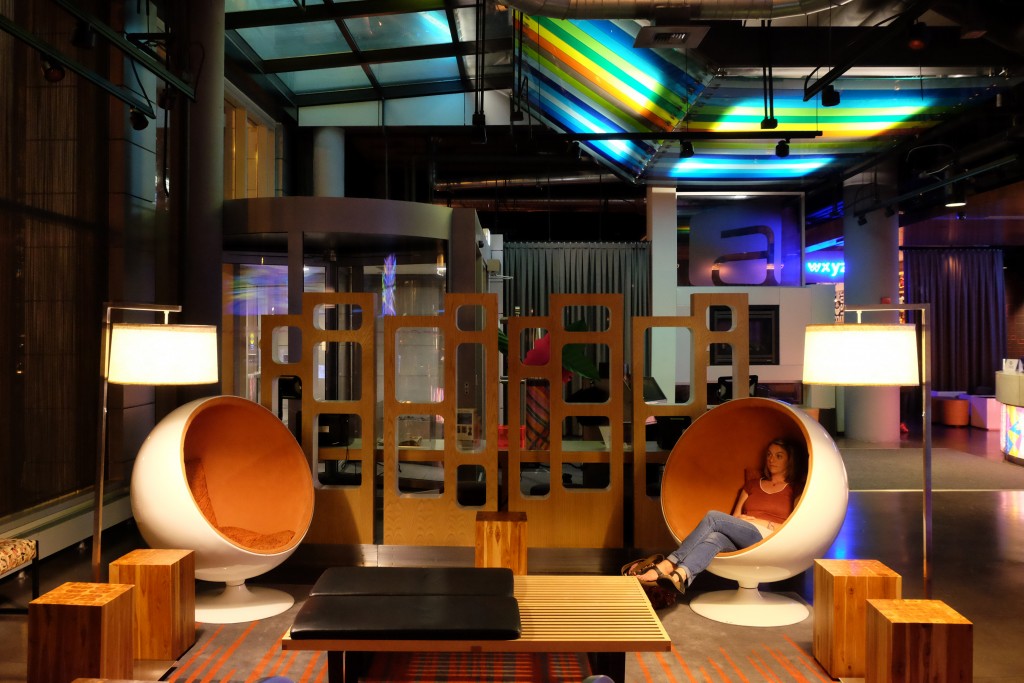 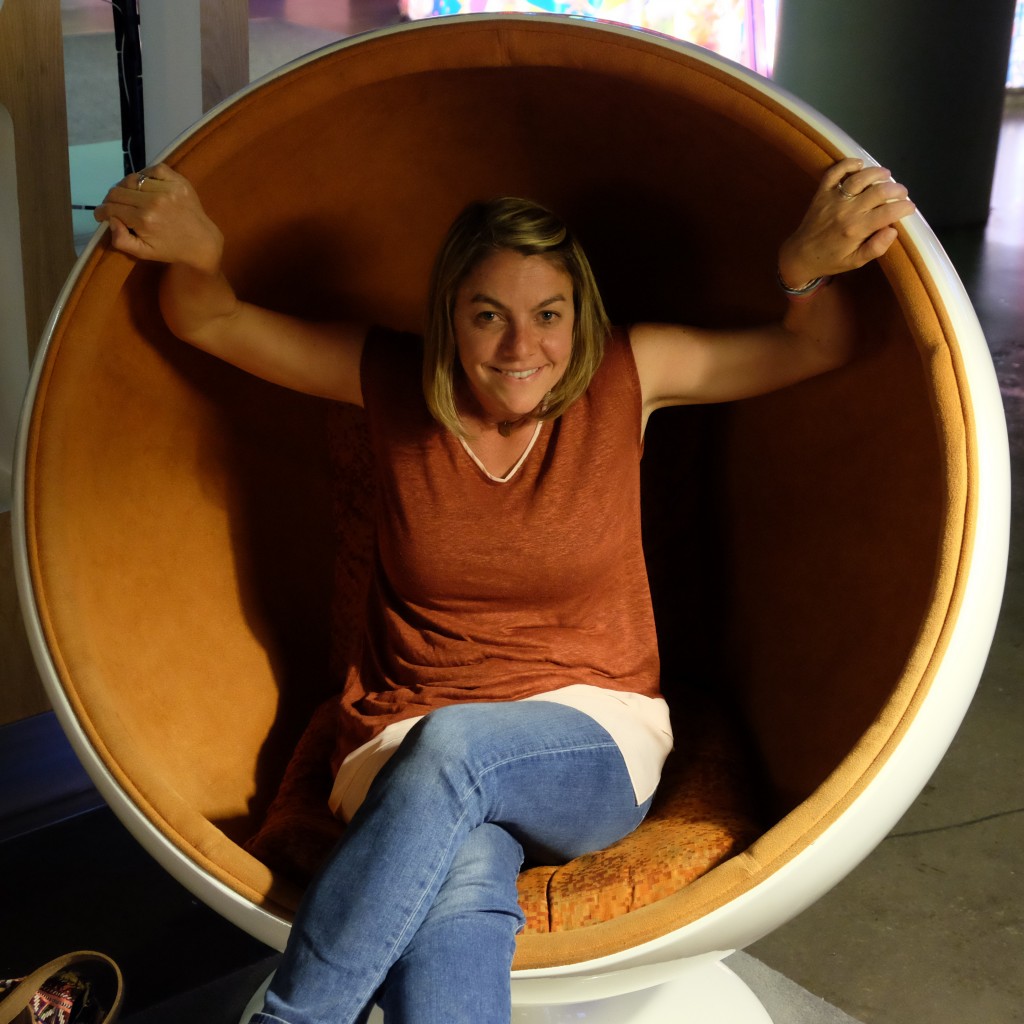 The next day, we got up late and then went to O’Hare to celebrate Flag Day while my flight delay curse was doing its thing. 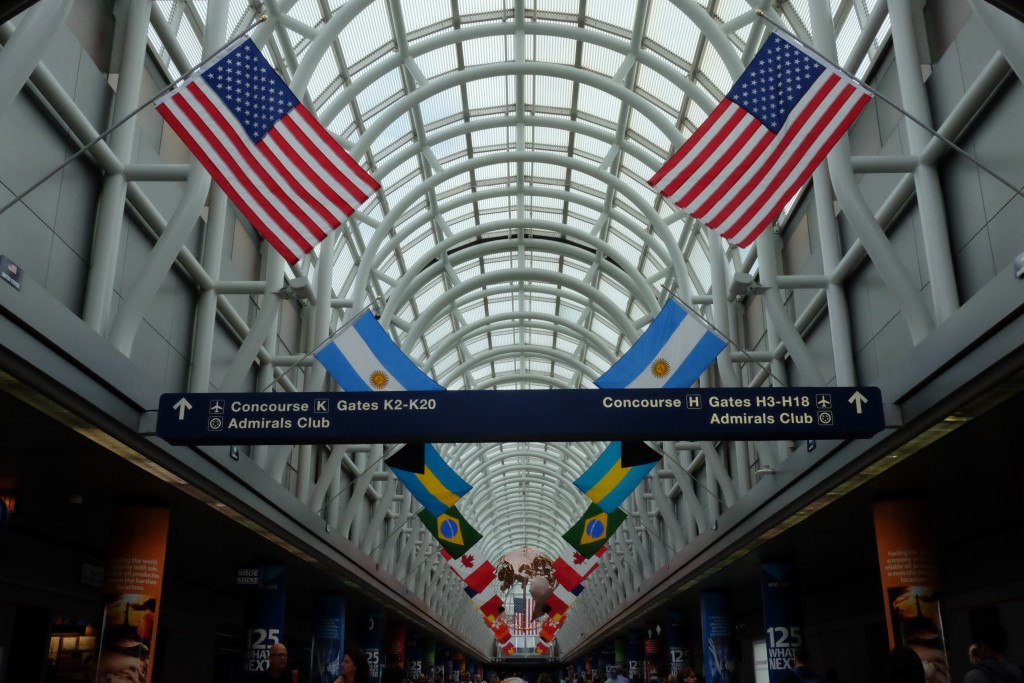